The London A Cappella Festival 2015 takes place January 29-31 at Cadogan Hall on Kings Place. It’s a different breed of music festival that ditches instrumentals and sees singers performing without any backing tracks – so it’s no surprise that the term A Cappella means ‘without instrumental accompaniment.’ Get it? 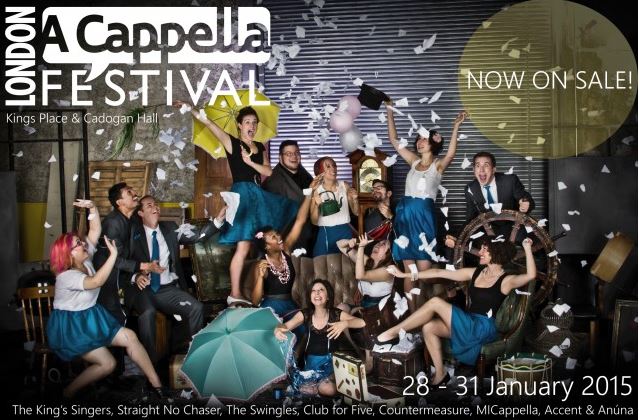 So if you are a fan of haunting, emotive and uplifting vocals that don’t rely on auto-tune or gimmicky beats, then this is the festival for you. There are also vocal workshops for budding or seasoned singers to partake, and to brush up on their skills.

The line-up offers the cream of A Cappella groups from all over the globe. The USA is being represented by the group Straight No Chaser, which is currently touring its latest album Happy Hour. Here’s a video for the album track I Want You Back:

Here’s a break down of the other superb acts:

We’ll have more on the London A Cappella Festival soon. Check out the event’s homepage and Twitter feed (@Londonacappella) for ticket and venue details, workshop descriptions and act information. It promises to be a superb event with no shortage of world-class vocal talent.

You can check out all the cheap lifts being offered across London by Liftshare members in realtime here. Book ahead to save big on travel across the capital – we’re far cheaper than trains, taxis and the tube!