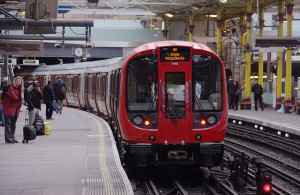 The London Underground looks set for its biggest disruption in a decade as unions vow to walk out over Transport for London’s plans for a new all-night service.

The strike would take place on 8th July from 21:30 for 24hrs. Almost 80% of drivers on the UK rail network are members of the union responsible, A majority of 81% of members turned out for the ballot, with 97% of those voting in favour of industrial action.

Aslef, the Train Driver’s Union, spoke of a ‘summer of disruption’ if TFL didn’t engage in further discussions. They first mentioned strike action back in May when plans for the all-night services began to be drawn up, and clarified that they would ensure drivers work/life balance would not be compromised.

The union says that the new rotas being pushed through by TFL mean that London Underground drivers will have to work unlimited night and weekend shifts for no extra pay – a vast difference to current contracts that limits the amount of night shifts per year.

Finn Brennan, District Organiser for Aslef, said “We aren’t opposed to all-night services but we want them introduced in a fair and sensible way which rewards staff for their hard work and the contribution they make to the success of the London Underground.”

24-hour tube services are set to come into action in time for the Rugby World Cup in September, after having been promised by Boris Johnson as London Mayor in 2013.

If your journey is set to be disrupted by the strike as you try to cross London, book or offer a Liftshare to carshare. Check out our London car share travel hub to see how lift sharing can save you money, time, and enjoy a more social trip to avoid the eyes-down-don’t-speak attitude of the underground.