Ford have filed a patent for an “autonomous vehicle entertainment system” to be used in their upcoming driverless vehicles. In short, it’ll turn your windscreen into a 50inch (or bigger!) film screen, for you to watch while your hi-tech car drives you wherever it is you want to go. 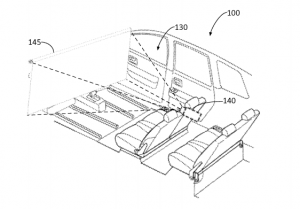 , which retracts and moves its images to a smaller screen when the driver is manually in control.

This is the latest development in Ford’s focus (no pun intended!) on autonomous vehicles. They’ve been working on the navigation for such cars in the snow, and a traffic jam assist function that’ll be available by 2020.

But, it seems your in-car cinema may be a little while away yet. A spokesperson for Ford said on the patent “We submit patents on innovative ideas as a normal course of business. Patent applications are intended to protect new ideas but aren’t necessarily an indication of new business or product plans”.

The real question here is; what do you think – would you watch movies across your windscreen while your car drove you around? And if not, why not, and what would you do instead? Let us know at @Liftshare!