Have your parents or grandparents ever told you a story about how in their day, they used to leave their door open for their neighbours to pop round for a chat and a cuppa, or how they used to know everyone on their street? Can younger generations truly say the same about their local area today? We’re guessing the volume of people saying yes is pretty slim.

Streetlife is a UK social network designed to connect neighbours in local communities, reduce the damaging impact of social isolation sweeping Britain today, and to get us talking with each other in these digitally-confined times. The network strives to make this communication and participation among neighbours a reality, instead of leaving everyone sitting indoor streaming Netflix, staring down at our phones while outside and staying in to do work online all day.

The social network has just passed 1 million members, so we thought we’d take a look at how people were connecting in Liftshare’s own home city of Norwich. Even at a quick glance you can find some great and often heartwarming examples of people within the same area talking, sharing collective knowledge or helping each other with a variety of tasks. 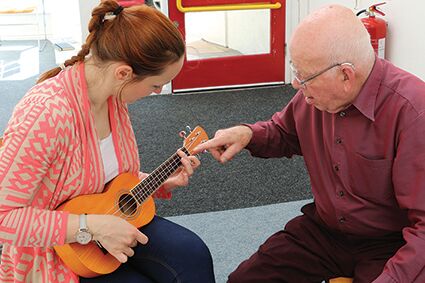 Recent examples include one member who was looking for an affordable place to buy and have someone install roller blinds for their home, and sure enough, the post received a wealth of responses from local Norwich residents suggesting installers and home stores to make their purchase. Another great display of community spirit came from a member who has lost their rag doll cat Lola. Several queries and some discussion later, and Lola was found safe and sound.

Here’s a great video that celebrates the passing of Streetlife’s one million member milestone that gives more incredible examples of communities and neighbours coming together to help one another, and to reduce social isolation:

Streetlife captures the same goal of social togetherness that Liftshare strives for, and as the video suggests above, this is the ‘digital glue’ that helps people stick together. We love to hear from our members who have met one another on the road, and in many cases, have made lasting friends following the experience. Plus, you can also save big money on travel and help combat pollution by reducing the number of cars on roads.

So why not give Streetlife and Liftshare a shot today, and you’ll quickly find a new community of outward, helpful people sharing what they have to make our world a better place.