Liftshare recently spoke with a great company called CampLight, which gives people a way to rent pre-pitched tents at music festivals in the UK, in the hopes of reducing the amount of abandoned camping gear at events everywhere.

It seems CampLight isn’t alone in its crusade against festival waste, as we’ve been speaking with Love Your Tent, a campaign created by Eco Action Partnership and in association with A Greener Festival to encourage people to re-use their tent, rather than leave it behind.

The group has enjoyed immense support from the likes of Reading and Leeds Festival, V festival, Nozstock, Kendal Calling, Latitude and more, not to mention the Department of Energy and Climate Change and other bodies.

So what is it? First and foremost Love Your Tent is about building awareness that there is an alternative to all of the waste and tents left behind after festivals. Not only does re-using sense stop so much waste being land-filled at cost to the organisers and the environment, it also saves revellers money on camping gear.

Their team has also drafted its ‘Tent Commandments,’ which festivals can pledge to adhere to. These rules ensure any Love Your Tent campsite at a festival will be clean, free from anti-social behaviour, has 24-hour security, is close to the arena and more. Festivals can go one bigger and opt to run a ‘Respect’ tent field if it wants to run a larger space.

Team Liftshare was intrigued to know more, so we got in touch with Juliet Ross-Kelly at Eco Action Partnership to discuss what Love Your Tent does, why it does it, and to get insight into the true state of festival waste today.

Take it away Juliet! 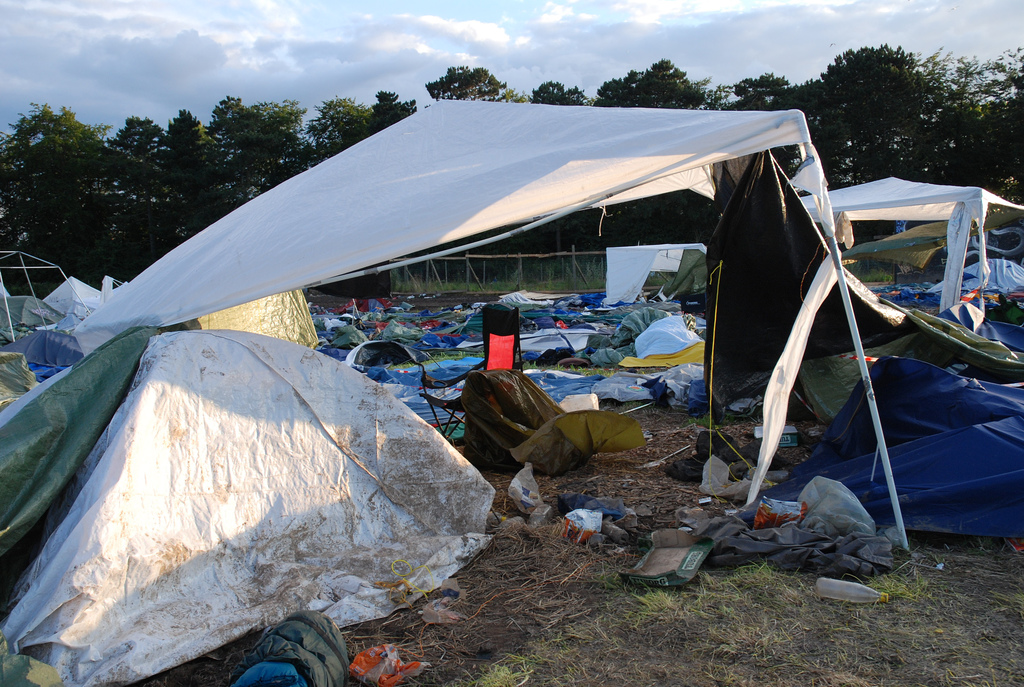 Liftshare: Can you give us some insight into how Love Your Tent was founded?

Juliet: We were sustainability consultants to the Isle of Wight Festival for many years and saw first hand the amount of waste left behind at the end of the event each year. Our work with them led us to develop strategies to limit the environmental impact in each of the key areas such as energy, travel and waste but while the energy and travel were relatively easy to reduce in a short time frame waste proved much harder.

Or should I say, campsite waste in particular which seemed to be getting worse each year and we knew this wasn’t just a problem affecting one festival we knew it was becoming a problem for worldwide events. So after many a successful years working with John Giddings and the festival to improve sustainability performance overall we decided to focus on campsite waste and try to provide the festival community with a campaign to get behind which would communicate with audiences with one message and one voice.

Liftshare: And how did you initially go about approaching festivals for their support?

Juliet: The way we approach festivals is two fold: festivals can either sign up to become a member of the campaign which allows them to use all of our collateral such as our animation film, logos, banners etc to communicate our message to their audience ahead of the festival and during the festival; or they can commit to launching our RESPECT/LOVE YOUR TENT campsites at their festival whereby they get all of the above collateral as well as us to manage clean, green, respectful campsites at their event.

We also do as much joint social media activity with our partners as possible as we know from experience that just putting our logo on a festival website will not go far in persuading people to change their behaviour. It has to be much more interactive than that and the message has to become part of a wider waste strategy for the festival. 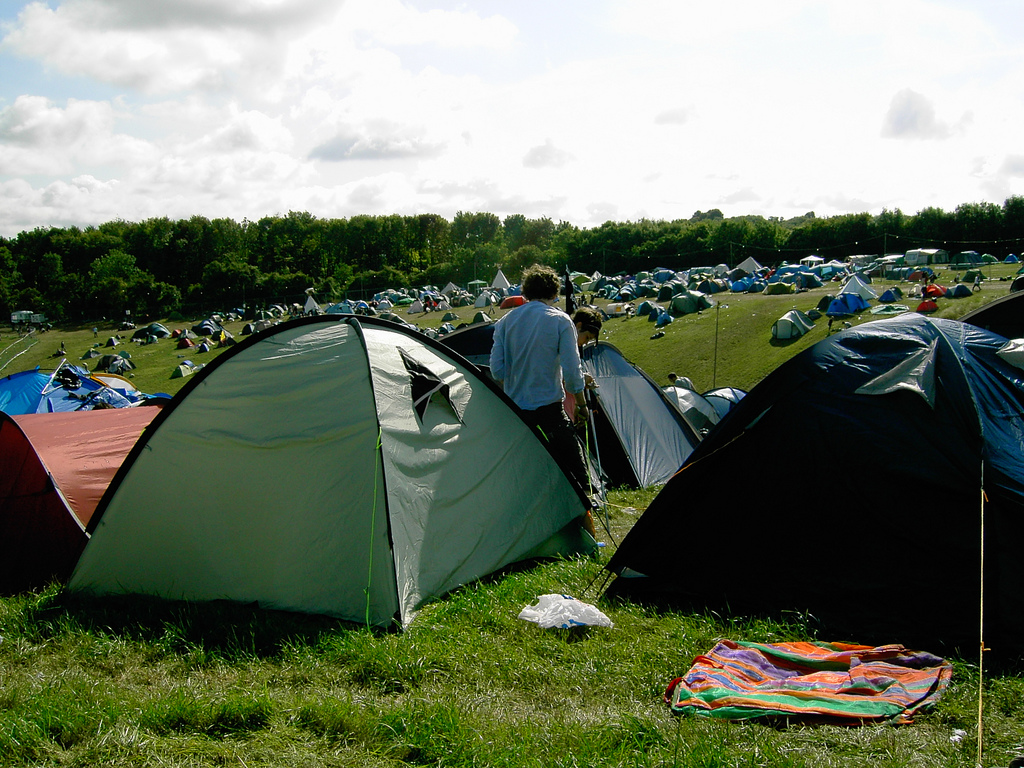 Liftshare: Do you have any insights into the number of tents abandoned at festivals and could you explain to our readers why this waste is so problematic?

Juliet: We know from the survey we carried out with Buckinghamshire New University that a whopping 86% of total festival waste comes from campsites and that 60% of festival goers admitted to leaving a tent behind in the past, so the scale of the problem not just here in the UK but worldwide is extremely significant.

What makes it so problematic is the sheer scale of it and the time and resource constraints festivals organisers are under to return the festival land back to it’s normal use as quickly as possible. For example some of the Isle of Wight Festival land is normally school playing fields so you can understand why a speedy and effective clean up operation is priority. This means sadly that the vast majority of it is scooped up and sent primarily to landfill.

There are many reasons festival goers choose to leave their tents and camping stuff behind when they leave so it’s not an easy problem to tackle but one of the most surprising one to us is people still think that a flimsy two-man tent will be collected from the festival site and sent to an overseas trouble spot to house a family displaced by war or a natural disaster.

The truth is it doesn’t happen, we get a really small percentage of tents collected for reuse but the vast majority of them really do go straight to landfill. The message across the board has to be consistently JUST TAKE IT HOME!

Liftshare: Since you founded, have you seen any shift in the way UK festivals have changed their approach to green issues for the better? To what extent is there a growing consensus among festivals to be better?

Juliet: I think the green message is still on the agenda but festival’s priority has and always will be to entertain an audience so sustainability businesses such as ours need to make sure there is added value to what they’re offering the festivals and the audiences.

It’s for this reason we try to offer the campers in both of our fields an experience not readily available elsewhere. What we’ve managed to achieve, mostly thanks to the people that stay in them, is a really lovely relaxed community type spirit where people help each other out and are really friendly and respectful of each other and the environment. 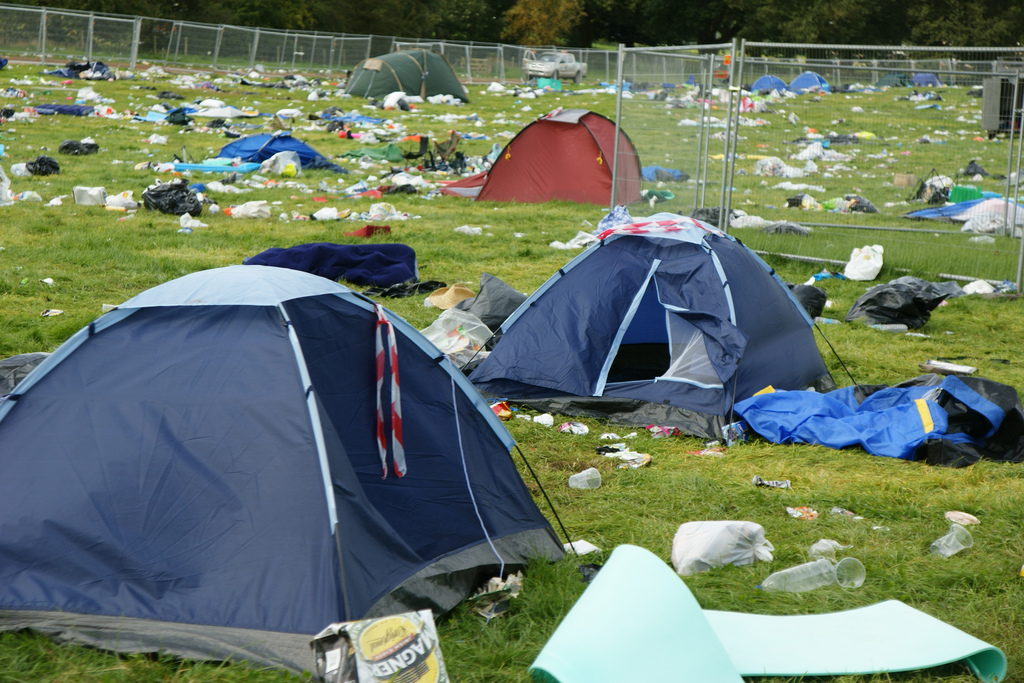 Liftshare: Your Respect and Love Your Tent campsites are brilliant ideas. How happy were festivals to let you pilot those?

Juliet: We launched the Respect field at the Isle of Wight Festival in 2012, which is a free to stay in field close to the arena with 24hr security and all the people who stay in Respect have signed up to our Tent Commandments. The feedback has been amazing from the very start and spaces within this field this year were snapped up within a day of going on release. Demand was so great in fact and the waiting list so long that festival promoter, John Giddings agreed to let us open a second Respect field.

Last year we also opened our new Love Your Tent field which is a pay per stay field with the same ethos as RESPECT but with some added luxuries, so campers get the hot showers, flushing loos, an ethical café serving breakfast in bed and gorgeous food throughout the day, and our secret acoustic stage which brings some of the main stage acts down to play exclusive gigs throughout the weekend. Again demand has been so high we’ve just opened a second field for this year, meaning within a couple of years we’ve managed to convert over 20% of the Isle of Wight’s festival camping into clean, green camping.

Liftshare: What sort of feedback have you had from revellers since these initiatives started?

Juliet: We’ve had nothing but positive feedback since we launched our fields with many people saying that if they didn’t get into one of our fields they wouldn’t go the festival. With that sort of feedback and the fact that last year we didn’t have 1 tent or bag of rubbish left on the field at the end makes us more determined to roll this out to as many festivals as possible as the demand from audiences to stay in a safe and clean field is most definitely there.

We’re currently in negotiations with other festivals to start a roll out programme over the next couple of years but all thanks really has to go to John Giddings and the audience at the Isle of Wight, who took a punt on us and we’ve been lucky enough to have the opportunity to prove the concept works.

Liftshare: What can you tell us about your Tent Commandments?

Juliet: Our Tent Commandments is a bit like a festival campers code of practice. We advise campers how to be respectful to the people camping around them and also to the environment whilst they’re on site. It’s a bit tongue in cheek but with a serious edge to it.

The success of the campaign relies purely on getting the Love Your Tent #justtakeithome message out to as many people as possible and for them to act on that message by taking everything home with them when they leave a festival site. 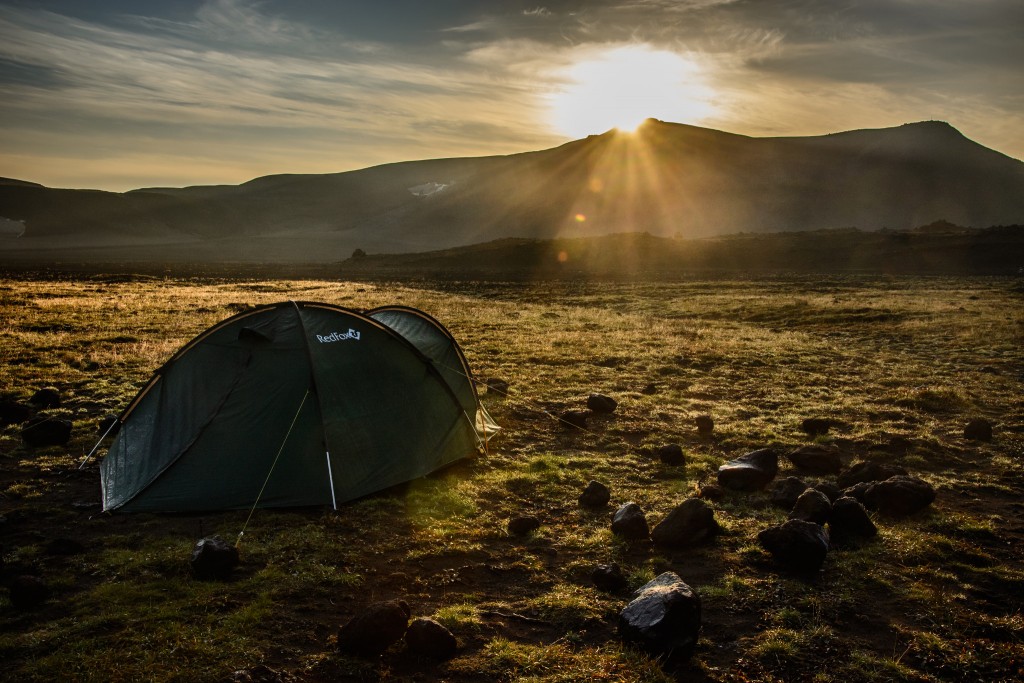 Liftshare: How do you look to expand your reach in 2015 and beyond?

Juliet: This year is going to be an exciting time for us as we are working with festivals to roll out the success of our RESPECT/LOVE YOUR TENT campsites; We’re also launching a new film which really highlights the need to firstly think about how much stuff you take to a festival and questions whether it’s all necessary and then reminding campers what they do choose to take with them needs to go back home with them.

Then we’re also launching some social media engagement challenges like our new #popitinchallenge where we are encouraging festival goers to get their pop up tents back in the bags they came in ready to take home in record time. All they have to do is film themselves doing it and post it using our #popitinchallenge #loveyourtent hashtags as well as tagging the festival they are at.

Throughout our summer tour we will also be filming bands and artists doing the same thing so at the end of the summer we will have a leader board Jeremy Clarkson would be proud of. We might even get him to host it at some festivals as he’s now out of work.

Many thanks to Juliet for her brilliant insight into Love Your Tent, and we look forward to seeing many festival-goers helping the cause by taking care of their tent at events in 2015 and beyond.

You can do more to help by car sharing to festivals with Liftshare. Not only is it far cheaper than most forms of transport, it’s far greener too. Why not book travel to your favourite fest with our 430,000+ members today?