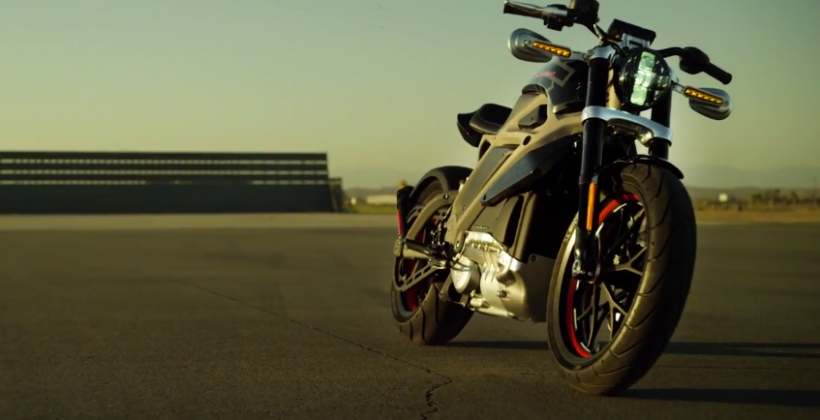 What you are looking at is a product of imagination. Harley Davidson unveiled the world’s first electric bike, aptly called Project Livewire.

It is an initiative to re-imagine the possibilities and focus on using the company’s years of expertise and heritage towards a new cleaner and greener motorbike. Oh, and quieter too. The bike has a range of 130 miles before it needs charging and can reach a top speed of 92 mph (148km/h). Recharges are estimated to take between 30 minutes to an hour.

But hold your horses, because it’s not up for commercial sale anytime soon yet. The bike made a pretty impressive journey down the Route 66 in the US, and will be visiting more than 30 Harley Davidson dealerships until the end of the year. Riders and enthusiasts will have a chance to take it for a spin and it will also be an opportunity for Harley Davidson to get feedback from its community.

So what’s the deal here? Why start this test concept of a cleaner and quieter motorbike now? After all, we are talking about ditching the iconic rumbling noise, which very uniquely we only associate with a Harley Davidson. Are they preparing to future-proof themselves by making the first stride in the electric motorbikes arena?

Prof. Peter Wells, co-director of the automotive industry research group at Cardiff Business School says, ‘’The market for an electric Harley will be more ‘niche’… but it is unsurprising that the firm is jumping on the bandwagon.

“We are moving toward zero emissions cities and motorbike manufacturers, like car manufacturers have to go that way,” he said. He further adds that “in an ideal world I expect that they want it to go faster and further than it will.”

Now that’s one Liftshare we would be looking forward to. Have something to say? Use the space below to share your thoughts or comments.