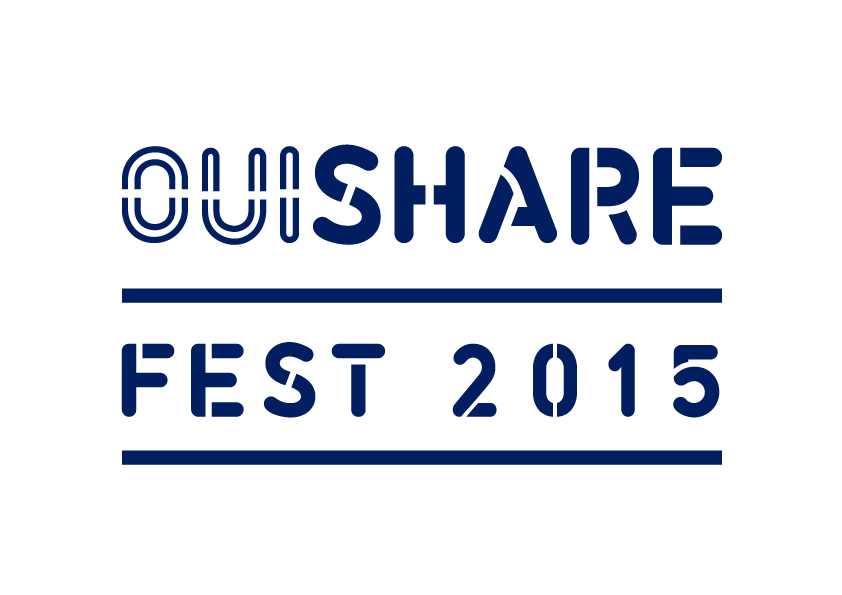 It has now been just over two weeks since I was at the Ouishare Love party sharing dance moves with the likes of Alex Stephany, who certainly did not spend the night ‘just parked’ in one of the Cabaret Sauvage’s old-fashioned booths. Many of the Ouishare Fest’s attendees had on that last night redefined the function of the cabaret from a venue to discuss how sharing could be a means to progress, to a venue where sharing was simply a natural means of enjoying life.

The three day conference focused on the sharing economy now feels like a blur of provocative questions, inspiring opportunities and exciting acquaintances. One of these acquaintances was quick to warn me that I should not expect any other conference to ever be half as much fun.

I’m tempted to wax lyrical about the thought leaders I met, as well as the thought streams they led, but one of the things I learnt at the fest is the importance of simplicity and convenience. So I’ll try and put this advice into practice by listing only my top quotes of the fest. I’ve also written a second blog listing my top moments of the fest.

I often feel that increasingly alarming levels of loneliness amongst both older and younger generations are not being effectively addressed. It has become apparent that our increased connectivity is not synonymous with reduced loneliness. Strangely, it sometimes seems that technological innovations are instead propagating loneliness and depression.

Loneliness is an epidemic that will probably need to be addressed using various different approaches. But I’m curious and optimistic about how the sharing economy could help alleviate the problem both by making it easier to meet new people in real life, and by changing our attitude to connecting with ‘strangers’.

I like this quote because I’m interested in how we are often averse to change. One of the sharing economy’s biggest challenges is getting people thinking more positively about sharing their belongings with others.

Take car sharing as an example. If everyone could have more of a SWIMBY mentality, we’d all be car sharing more, thus reducing road congestion and CO2 emissions. Less CO2 emissions would also mean less polluted back yards to enjoy.

In his talk ‘The Future is Community’, Scott made a very hard hitting point about how we have people around us almost all of the time, and yet constantly miss out on the value that could result from connecting with these people.

On a busy London bus it is quite possible that you could find someone to date, someone to Liftshare with, someone to start a business with and someone to learn French from. Currently most of us only find someone to be annoyed by. Platforms like Meetup are doing great things for those looking to induce ‘serendipity’.

In his talk exploring how we can encourage a ‘pure’ sharing economy, Ali provided a sobering reminder that the there is a wide spectrum of different types of sharing platforms, with some encouraging altruism and selflessness more than others. He also stressed how this spectrum is far from trivial, and that praise does not always seem suitably distributed amongst platforms.

We are excited by the fact that the sharing economy is going to be worth £9bn in UK by 2025, yet the fact that volunteer activity is already worth £100-£200 billion to the UK economy suggests that platforms such as Streetbank and  GoodGym should be discussed more widely than platforms like Airbnb and TaskRabbit.

It is easy for the sharing economy to blow its own trumpet and justify all its actions and profits because of the vast amount of social, economic and environmental ‘good’ it is supposedly resulting in. This is in spite of the fact that there has until now been very little thorough, unbiased research into the impact of different sharing platforms.

Many have raised concerns that it is not those in need who are currently benefiting from ‘sharing’ platforms, and it may be that having research and practice better connected could help give these claims enough weight to suitably determine the reputation and regulation of the sharing economy.

This is a quote from my favourite panel discussion of the whole fest: ‘Is cooperation a matter of culture, design or nature?’ (I’ve tried to explore this question myself in my blog ‘Are the Frogs better sharers than Les Rosbifs’ – Please give it a read!)

In this stirring debate, Oscar reminded us of the age old chicken and egg problem, but he powerfully applied it to the context of the sharing economy. His point made me nervous. It reminded me that most sharing economy platforms are getting monetary incentives designed into them, thus leading people to feel that it is normal to expect to ‘gain’ by sharing. We are now also increasingly incorporating reputation systems into platforms, thus perhaps inadvertently suggesting that trust should be conditional on a pre-existing reputation. But “wouldn’t it be nice if we could trust because we do, not just because someone has a five star rating” (I think these were Charles Eisenstein’s words).

Jim asserted that this myth was false, and that he had found the opposite to be true. He explained that this was thanks to the fact that sharing occurs between individuals rather than faceless entities, making it easier for us to empathise, and guilt-tripping us out of abusing trust and generosity.

This quote does not come from a speaker but rather a moderator (and in fact the person whose thesis is responsible for my sustained interest in the sharing economy). I think it is important because it questions whether the sharing economy will lose its social character as platforms seek to provide a more convenient and seamless service for peers to transact through. Indeed many platforms like Airbnb and easyCar Club are now making it easier for you to book a room or rent a car without ever having to meet or speak to their owners. Is this really an improvement if we value human connectedness?

My experience of the Ouishare Fest was very special. Those three days and will stay in my memory for a long time, and I hope that the things I learnt will guide my thoughts and choices for an equally long time. A huge thank you to Ouishare for organising it.