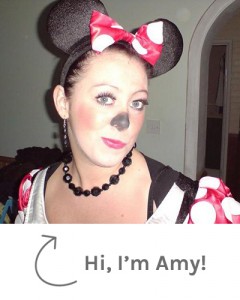 At the beginning of the summer, we hosted a competition for Liftshare members to win a pair of tickets for the Isle Of Wight Festival by joining the festival’s own Liftshare scheme. IOW offer priority parking for those liftsharing to and from the event, so it’s always well worth signing up.

This year we had some tickets going spare, so offered them out to the members who could tell us best who’d they like to share their festival experience with. We had two entries strikingly similar – one from Marc, and one from Amy, both of whom had nominated the other person, and mentioned that they’d met through Liftshare!

Amy and Marc had been to the Isle of Wight Festival previously, but this year got caught up in, well, life, and couldn’t afford tickets. We’ve all been there. We chose Amy as one of our winners and sent her tickets, on the promise that she let us know how the weekend went. So here’s her festival diary:

“After waking up at silly o’clock, I picked Marc up from his house, about a 30 minute drive away and we made our way down to Southampton docks. The car journey is always fun and we spent our time listing to my Isle of Wight playlist whilst singing along and chatting about which bands we were looking forward to seeing. This was the third time that me and Marc had used Liftshare – it’s a fab way of saving money and getting to spend the journey with someone lovely is a bonus.  We took a few pictures whilst waiting at Southampton docks.

We met our friends at the entrance to the campsite as they had travelled the night before (and some live on the Island). This year the walk to the campsite seemed even longer as we carrie 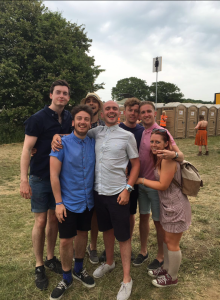 d all of our luggage ourselves. You wouldn’t believe by looking at us that we were only staying for 4 nights… more like a fortnight!

We camped in the same spot as last year and pitched up our two camps together, then were off to experience the first music of the festival. We opted for some of the smaller bar areas on the route up to The Big Top and had plenty of fun jumping around to familiar songs. The highlight of the first night was Status Quo, they were amazing!

The next three days went by in a flash and our emotions were all over the place from jumping up and down to ‘My Generation’ to having a tearful embrace to ‘We are the Champions’. All in all a fantastic weekend was had by all, and we managed to make another successful festival grouping all thanks to Liftshare.

The only thing left was the journey home. Having packed up at around 1pm on the Monday, we had a slow drive to East Cowes ferry port. The journey on the ferry was a sombre one and we were both sad to be heading home after another fantastic festival. I dropped Marc home with the promise that we would attend again next year, and I’ll be holding him to that!

Thanks to Liftshare for allowing us to enjoy the festival once again, when we really thought we wouldn’t be able to. Winning tickets was certainly the highlight of our year.”

Another great festival experience, and more happy liftsharers! It really just goes to show how sharing can brighten a road trip – and even more so if you get your tickets for free. Keep an eye on the Liftshare social media channels for details of future competitions and in the meantime, offer or request a lift for your next adventure!