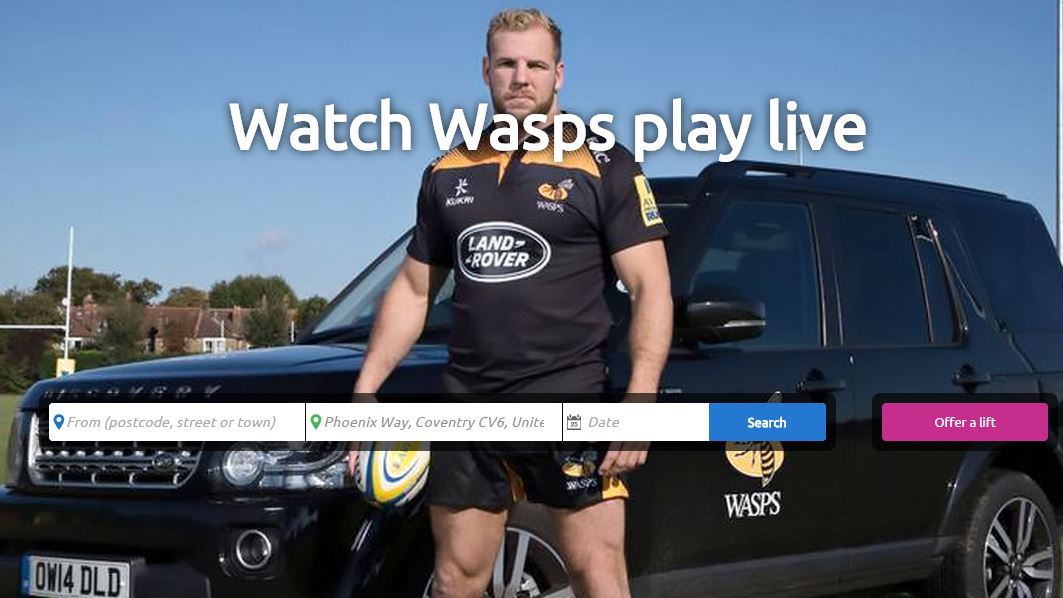 Liftshare’s rugby partner Wasps are gearing up for their last home game of the season against Leicester Tigers on Saturday 9th May. All tickets have now sold out for the match at Coventry’s Ricoh Arena with a record 32,600 stubs, and the team is expecting great support in the stands on the big day.

The stakes are certainly high for this match, as not only is it the Aviva Premiership’s new Midlands derby, but both teams are jostling for a qualifying place in the European Champions Cup. It’s such a big one in fact, that ticket sales have already smashed the previous ground attendance at Ricoh, which stood at 28,254 rugby fans during Wasps first game at their new grounds against London Irish.

If you’re a Wasps fan heading to Coventry for the match, you can get there for cheaper by car sharing with other supporters using Liftshare. Simply head over to our Wasps travel hub, and either offer your spare car seats to fellow fans, or request a lift from our friendly community of over 430,000 members.

You can also download our free iOS and Android apps to gain access to great additional features, such as in-app instant messaging, cashless one-tap payments and more.

Best of luck to Wasps on the day, and if you do car share to the match be sure to tell us on Twitter @Liftshare.