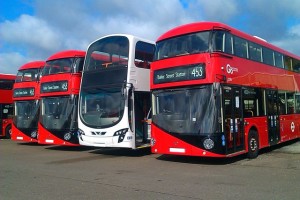 A new Transport for London scandal has hit the papers this week, as it’s been revealed the infamous ‘Boris Buses’ aren’t as green as previously claimed.

The new Routemaster buses, that TfL describe as ‘the most environmentally friendly bus of its type,’ runs on a hybrid system that has a battery with a back-up diesel engine system for when the battery needs charging.

They were intended to halve the carbon emissions of London’s buses. But it’s now been claimed that up to 90% of the fleet are running on the diesel system alone, due to failing batteries.

Future London Mayor candidate Christian Wolmar told MayorWatch that not only does this mean the buses aren’t as eco-friendly as many believe, but that there are, “major faults that could put passengers lives at risk.”

Such risks include cases where the buses disengage from their gears and need to be completely restarted, and that if on an incline, they can roll backwards, causing potential collisions.

These claims have also been made by forty bus drivers on London’s 24 route, which was the first one to have the new buses introduced.

Leon Daniels of TfL has now admitted that 80 of the new buses are running entirely on diesel generators, and 200 will have failing batteries replaced,.

However, Daniels stressed that the TfL is, “not aware of any issues arising from changes between electric and hybrid modes in service”, as well assuring the public that the faulty batteries will be replaced at no cost to the taxpayer.

This is just another dent in the armour for TfL, who recently faced criticism for overheating due to non-opening windows on the new buses, and each one being over £50,000 more expensive than normal hybrid types.

Of course, in London, buses are just one of many available public transport methods – and we have plenty of liftsharers driving around the capital too! Whether for a regular journey or if you’re just visiting, you can check up on drivers in the area at Liftshare.com.