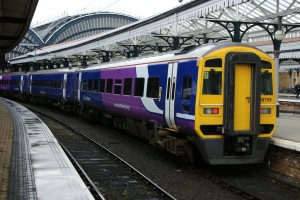 The Government has today confirmed that it will cut back on modernisation projects across the UK’s rail network, due to rising costs and missed targets. The 5-year £38.5bn is the biggest investment in the rail industry for over 100 years.

Projects to increase the capacity and quality of the current railways were described as ‘the largest modernisation of the railways since Victorian times’ by Network Rail, who operate 2,500 stations, tracks, tunnels and level crossings.

This is a huge blow for the rail company – as their electrification project on the Midland mainline and Trans-pennine routes will now be postponed, the Chairman of the company will leave, and no Exec Directors will receive a bonus for 2015.

In September 2014, Network Rail was re-classified as a public body, which meant that the Government could have better oversight over the company. Since then, reports by the Office of Rail and Road have shown that they’ve missed more than a third of their set targets since then.

Yet Shadow Transport Secretary Michael Dugher (a Labour MP) said that the Government already knew the works wouldn’t be able to go ahead, saying ‘We [Labour] have been warning time and time again there needs to be fundamental changes. You spent the election campaign repeating promises you knew you would break after the election’, adding ‘Ministers may try and shift all the blame to Network Rail, but this happened on the government’s watch’.

Rail passengers are already unsatisfied with the service they receive from the network, with recent survey results showing that travellers in the South East of England are the least happy,

So in practical terms, what does this mean for rail users? Well, that’s still to be confirmed as we now await a confirmed project plan taking into account the delays and finance issues. Of course, in the mean time as disruption continues, you can liftshare around the UK to get cheaper, social travel… and save on your carbon footprint at the same time!