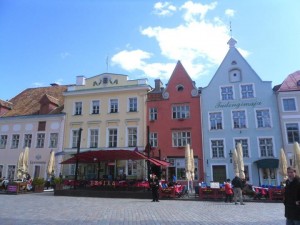 It may not be a capital city that you’ve heard of, but it’s one that’s years ahead of most when it comes to transport – Tallinn, the capital city of Estonia.

Following a referendum in 2012, which had public opinion in favour over 75%, Tallinn has offered free public transport, covering trams, trolleybuses and electric trains, to all of its residents. They register as a resident, and are given a pass that’s interchangeable on public networks so that their rides around the city are completely free.

The scheme was initially set up as a trial, but now is likely to stay permanently as those registering as residents increase and the collection of transport usage data increases. The loss of revenue that would be made from the transport fares is made up by personal income tax, as more people are encouraged to register their residence of the city. It has been done before, but on smaller scales in cities in France, Belgium and China.

Tallinn is looking to become the European Green Capital in 2018, and so this can only help – as car usage has already decreased by over 10%. Not to mention, the city has become more attractive for investors, employers and employees, and provides more mobility to low income residents. 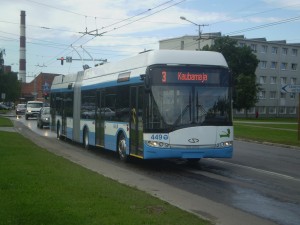 This all said, the previous ‘normal’ way of charging already covered 35% of the costs of the public transport network in Tallinn, which is low compared to cities such as London, where fares cover about 50% of operating costs. And of course, if usage begins to rise, further investment will be needed in the transport network itself, to improve and increase its functionality.

What does this mean for you if you’re not one of the 430,000(ish) residents of the city? Well, you still have to pay. And for car drivers? Well, not much. There’s lots of parking in Tallinn, but the city isn’t really big enough to warrant driving around anyway, unless you’re based out in one of the suburbs. City speed restrictions are 50-70 km/h throughout, and for a fairly small city, there’s a lot of taxi and car rental firms available.

If you’re planning a road trip, even a long distance one to Europe, be sure to list it on Liftshare.com – and you could find a travel-buddy to share with you!