Transport for London has revealed plans for its new Night Tube service, which will see certain underground services running around the clock between stations on the Victoria, Jubilee, Northern, Central and Piccadilly lines.

The announcement was followed by the first official map of routes served, which will come into action from September 12.

Here is your first glimpse of the Night Tube’s routes: 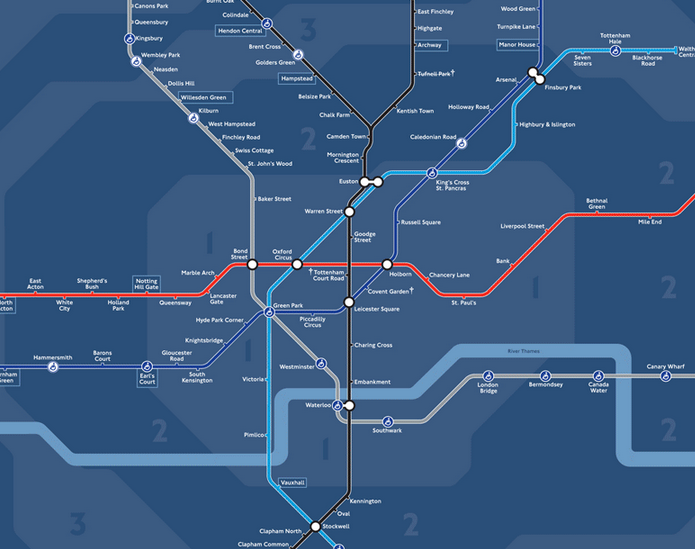 The creation of a night tube service follows Transport for London’s claim that the volume of passengers travelling the underground on Friday and Saturday nights has risen 70 per cent since 2000. It was also confirmed that night tickets will be charged the same as a standard off-peak fare.

Despite the Night Tube map reveal, London underground union Aslef has voted in favour of a strike in response to the overnight service, with 97% of its members voting yes to industrial action. Following the ballot, a 24-hour tube strike will take place across London from 9.30pm on 8 July. The union has said that this strike will shut down London’s entire network.

In a statement, Aslef warned that there are “More [strike] dates to be announced,” while Finn Brennan, Aslef’s district organiser, said there was a “window of opportunity. [London Underground managers] need to withdraw the threat to impose new rosters and make a realistic offer on pay and conditions. We are always prepared to talk.”

City AM reports that Steve Griffiths, London Underground’s chief operating officer countered by saying the group was “still in the midst of negotiations,” with Aslef.

He added, “We recognise the hard and valuable work of our staff and want to give them a pay rise this year and next. We also want to minimise the impact of the Night Tube on our people, and compensate those it will affect most. But pay levels for our staff are already fair, and any increase must be sustainable.
“Londoners and businesses overwhelmingly back the Night Tube, and trying to block something that will transform our city, and create more jobs, is short sighted. We encourage Aslef to make themselves available to continue our talks at Acas.”

If you are concerned about strike action impacting your daily commute or travel across London, Liftshare.com can help you get across London at speed for less than a train, tube or cab fare. Our free iOS and Android apps can help you