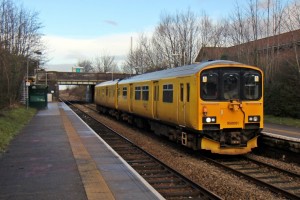 Following the cancellation of the proposed Bank Holiday strike, the RMT (Rail, Maritime and Transport Worker’s Union) have rejected the latest pay offer made by Network Rail.

The new proposed strike will take place for 24hrs from 5pm on Thursday 4th June, with a further 48hr walk-out from 5pm on the 9th June. Those taking action also won’t work any overtime between 6th-12th June.

The strike will have national impact, as signallers and maintenance staff will not be on hand to keep the infrastructure that the train companies rely on running. This will have huge consequences across the UK rail system, with 16,000 Network Rail staff not going to work.

Network Rail managed to postpone the last strike – which was planned to run across the May Bank Holiday – by offering the RMT a pay offer, but now Union bosses have decided that the deal isn’t enough to avert action, with RMT General Secretary Mick Cash saying “the blunt truth is that this dispute could be settled for a fraction of the money being handed out in senior manager bonuses”.

Again, the RMT say they are willing to negotiate should Network Rail come back with a fresh pay offer, but the row continues, with Transport Secretary Patrick McLoughlin saying that the threatened strike action was “unnecessary and unreasonable”.

Following in the footsteps of the last proposed strike action, The Transport Salaried Staffs Association (TSSA), will also ballot their 3,000 Network Rail members on the pay offer, with the result being made public on the 13th June. This could prompt further strikes later in the month by their members.

You can avoid the train disruption during the strike period by car sharing with others travelling your way via Liftshare. Visit our dedicated portal to find or offer a lift during the strike to help others in need and to make sure you can still get to where you need to be!