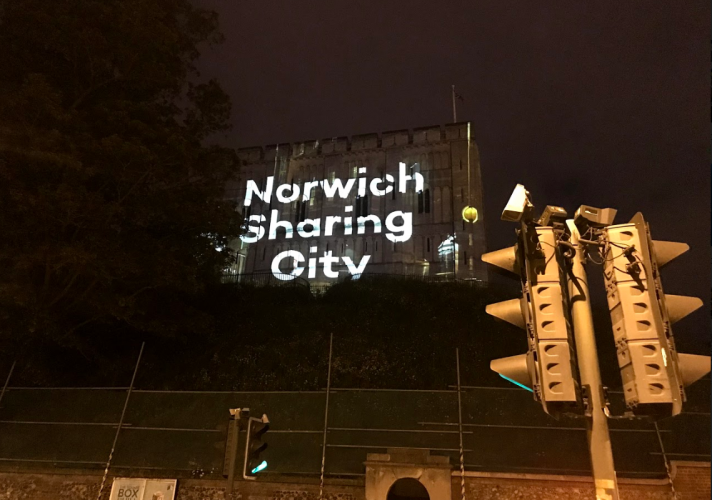 The 3rd-10th June marked Global Sharing Week, a week which is core to Liftshare’s values. The week, which is spearheaded by The People Who Share, aims to highlight “all the good in the world brought about by sharing”. Incredibly, there is over £3.5 trillion worth of idle human and physical resources worldwide! To add to that, at the end of 2017 there were 37.7 million vehicles licensed for use on Great Britain’s roads. With many of those only occupied by the driver, there are millions of available seats to be unlocked and journeys to be shared. 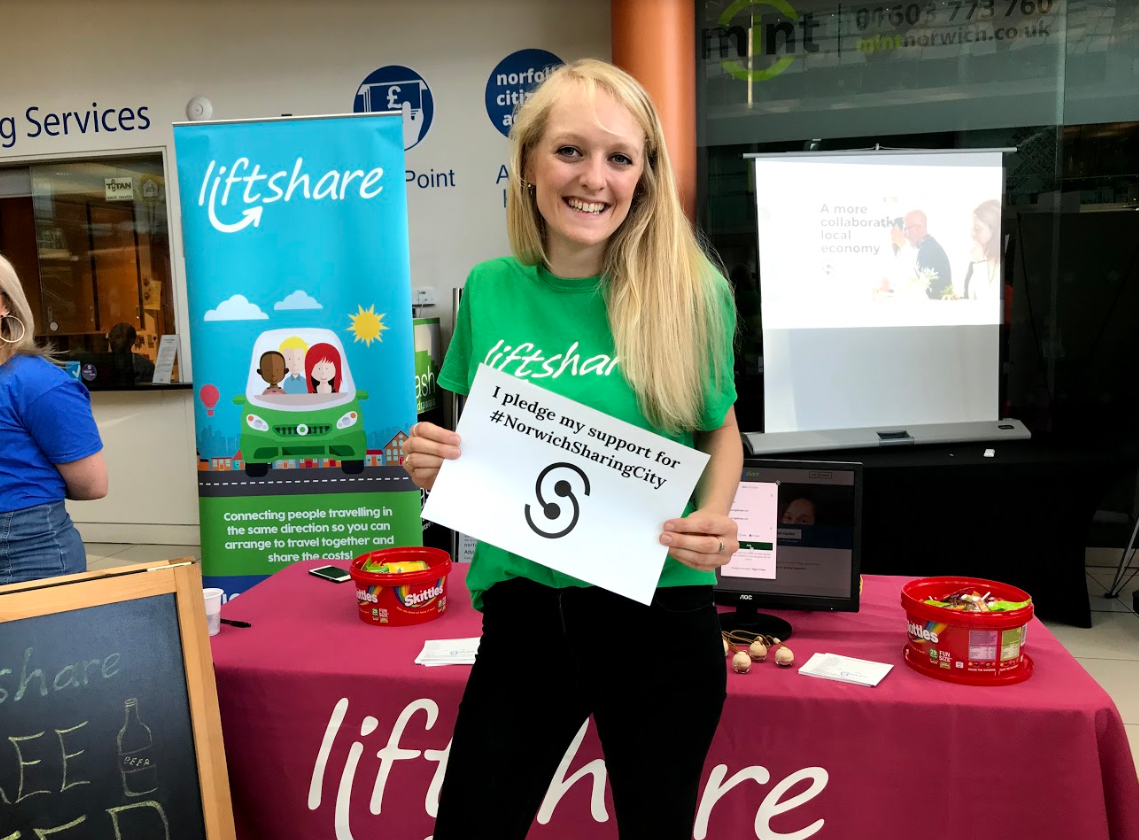 And, although we want you to share your transport through Liftshare, there are so many other things you can consider sharing, for example, skills, space, and things.

Those four pillars: transport, skills, space and things, formed our talking points for the #NorwichSharingCity event which took place on Wednesday 6th June. The event not only celebrated Global Sharing Week but was also an opportunity for the people of Norwich to learn more about the amazing sharing activities that happen across our fine city, in our campaign to become the UK’s leading sharing city. 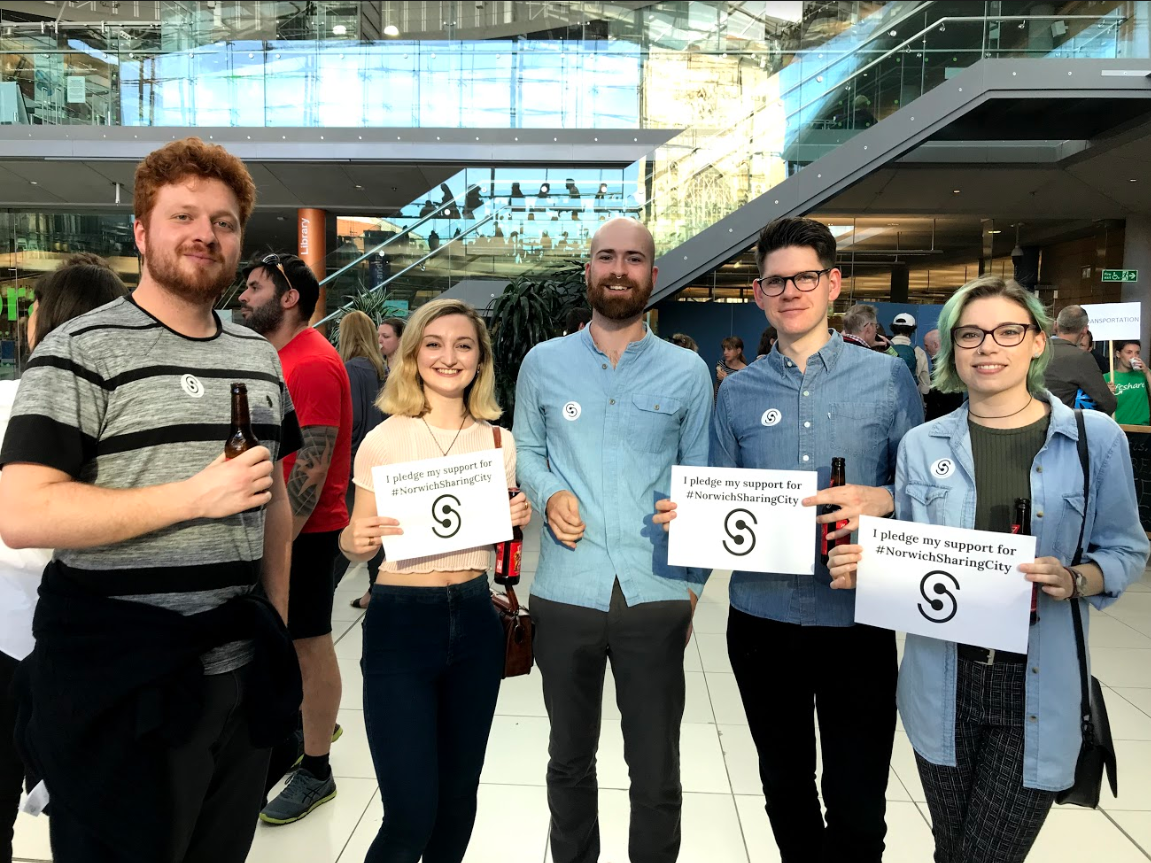 47 delegates arrived at the event, which took place at Norwich’s iconic The Forum, and spoke with business working locally about the work they do as part of the sharing economy, such as Liftshare, New:U, Ofo, GoodGym and LUMi – Norwich City Council.

As well as receiving some really useful feedback about how the local sharing economy could be improved and promoted, and hearing how engaged locals to Norwich are with the idea of sharing, we were also able to share some delicious food provided by The Feed and drinks provided by Liftshare.

As part of the week’s celebrations, Global Sharing Week was projected on the walls of Norwich Castle – did you see it? 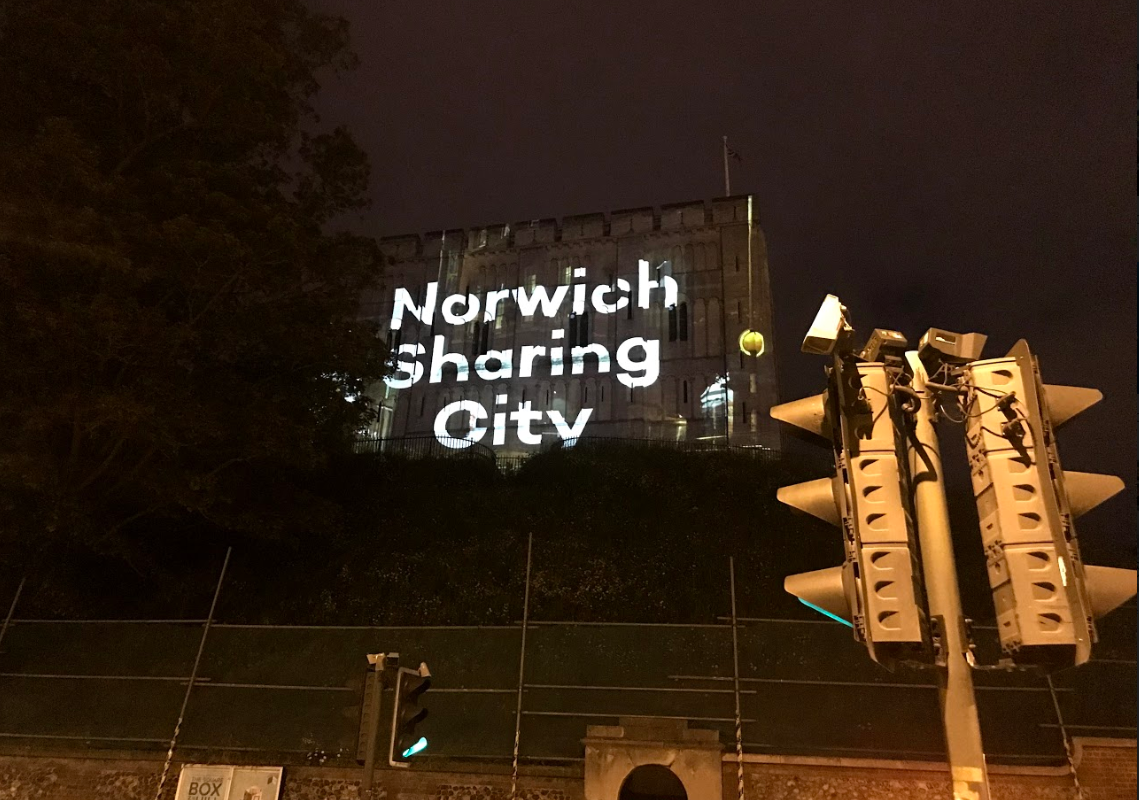 Why not pledge to share something this week? Tweet your pledges to @Liftshare and we’ll get retweeting!