Liftshare is excited to announce the launch of the world’s first Liftsharing robot, ALI.

The autonomous AI droid, Artificial Liftsharing Intelligence (ALI), is believed to be the first of its kind installed by a car-sharing website, and will be available immediately as an autonomous driver for those requiring lifts around the UK.

ALI will drive a PSA Peugeot-Citroen vehicle, as previously trialled on roads around Paris, France in 2015. ALI’s first trip will start in Liftshare’s hometown of Norwich and drive to London. Once completed, he will be available for bookings by the community’s members through the site’s standard booking process. The only difference is that ALI can only be paid online – as the bot lacks the opposable thumbs required to physically receive cash. 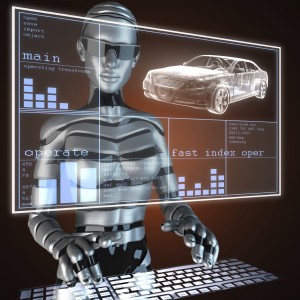 tshare’s founder and Managing Director Ali Clabburn, the droid has been a long-term project for the sharing economy firm, and tech teams within the business have been working on the advancement of autonomous driving technology for close to three years. The bot can provide not just a safe driving facility, but also can hold conversations with passengers, much like common voice-activated assistants such as Siri and Cortana  – and is well versed in educating others on the sharing economy.

“We are passionate about the advancement of smart mobility technology, and strive to keep at the forefront of such developments. I’m really excited about this new chapter for Liftshare and its members, and look forward to our community engaging with ALI, and other autonomous drivers, soon.” says Ali Clabburn.