Getting to and from work can be boring if you’re without a liftsharer. And even worse; really expensive! ExpertMarket have compiled the 10 most expensive cities to commute to. Check them out below…

10 Buenos Aires, Argentina
Despite an unlimited day pass for public transport costing just about £4, those working in and around Buenos Aires spent 11% of their salaries on daily commutes. This cost can cover driving, the underground, trams, trains and buses. There’s even ferries to get to and from other cities! 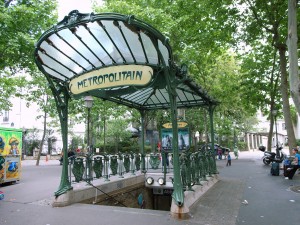 The French capital is a percentage point above Buenos Aires, with 12% of average salaries being spent on commuting. The Parisian Metro is over 115 years old and carries almost 5.5m passengers every day!

8 London, UK
The famous red buses of London unfortunately cost a pretty penny for those commuting in. At 13%, it’s the eighth highest commuting cost in Europe.

7 Athens, Greece
Those commuting to the Greek capital spend an average of $105.63 a month on their travel, which makes up over 13% of the average monthly salary. Athens has the biggest transport network in Greece; including electric railways, trams, buses, and trolleybuses!

6 Oslo, Norway
Already in the country with the second highest cost of living worldwide, Oslo’s high wages and good infrastructure attracts workers from all over the globe – but they’re spending over 15% of their salaries before they even get to work!

5 Warsaw, Poland
In terms of average earning, the Poles came second-bottom to the Greeks on this list. But, they’re spending 2% more of that cash on their transport to and from work. Interestingly, the money spent is re-invested into the travel network – and funded the Metro that opened in 1995.

4 Madrid, Spain
The fourth highest on the list, but not the highest in Spain, those working in Madrid can spend up 18% of their salaries on commuting! Madrid has the second-longest Metro system in Europe and a high-capacity metropolitan road network.

3 Budapest. Hungary
Visiting Budapest can often mean a near-miss with walking in front of a tram – it’s home to two of the busiest tram lines in the world! Alongside these are a Metro system, but an old one – it’s 120! Hungarian workers spend a fifth of their earnings on travelling to and from work.

2 Barcelona, Spain
The first entry that’s not a capital city, Barcelona’s workers spend the same as Budapest’s at 20%. Barcelona has a whopping 4 airports, a seaport, railways capable of 193mph, 3 international highways, and a comprehensive local transport network. There’s plenty of options, but it doesn’t come cheap – an average of $350 is spent monthly on travel.

1 Venice, Italy
The most expensive commute on earth goes to Venice, Italy, where an average 26% of income is spent on travel! Of course, the infrastructure of the city means there’s lots of waterways and boat options, but there’s also some permitted road traffic including buses and trams. 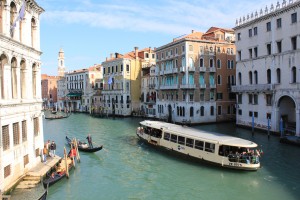 So which commute do you fancy sharing to cut the cost for? Let us know in the comments below!