Download Festival, the undisputed Home of Rock, has made two big line-up announcements in the last fortnight; almost completing the schedule for this summer’s event. Here’s your guide to the weekend’s festivities… 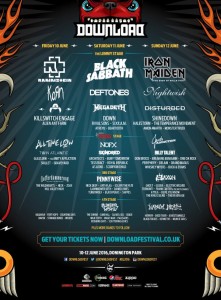 Maiden headline the newly-named ‘Lemmy Stage’, in honour of the late Motorhead frontman who passed away in December.

Joined by KORN, Deftones and Nightwish, this heavy line-up is possibly the strongest ever.

All Time Low have been announced as the final headliners for the weekend on the Zippo Encore Stage, a stage just a short walk away.

ATL are joined in the most recent announcement by the likes of Napalm Death, Glassjaw, The Wildhearts, Scorpion Child and Devil You Know.

This leaves very few acts to still be announced, but you can keeps tabs on the latest line-up announcements and adjustments over at the Official Download site, or on their Twitter.

There are several ticket options available, depending on how much you’re looking to spend, and for how long you want to be at Download Festival:

So pick your poison, head over to the Download Festival site and get in quick before all the tickets vanish. If you’re feeling too skint to buy a ticket, you’ll find all of the Download deposit scheme information here.

There’s a new extra this year, too. You can buy Charity Concierge coins, to donate to good causes and get someone else to queue up at the bar for you. Bargain!

You can also earn free tickets by being a reseller. Learn more at the We-Represent information pages.

Download happens at the sacred site that is Donington Park, right next to East Midlands Airport. Donington Park lies where the three counties of Nottinghamshire, Leicestershire and Derbyshire meet. – The ley-lines of ROCK!! In virtually the middle of the country, it has excellent connections being only 3 miles from the major trunk routes of the M1/M42 and A50. 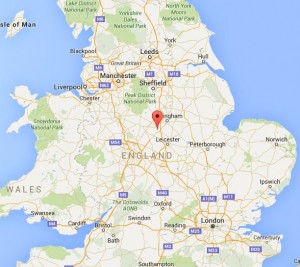 If you want to save cash on Download Festival travel in 2016, you might want to consider pre-booking a lift with Liftshare. Using our site you can arrange and book a road trip straight from your home to the festival, and all it’ll cost you is a fair split of the petrol cost.

Car sharing is far cheaper than train and if you own a car and want to make some money back, you can offer a lift to other Download fans and get back up to 100% of your petrol bill.

Head on over to our Download Festival Liftshare hub and see what’s on offer, or hit up our ‘Offer a Lift’ page if you’re a driver and see how much you can make.

Are you excited for Download Festival 2016? We definitely are, and we’ll see you there!

Your playlist for the road

Carsharing with other Download fans means that, chances are, you’ll be travelling with people with similar music tastes to you. So, it’s time to turn your trip into a tour and seriously psych yourselves up for the show. Go German industrial for Rammstein, punk for Pennywise, grindcore for Napalm Death, or pop-rock for Don Broco. Mix (tape) it up and see what gets you all singing along.

Money (cashless or no cashless!)

Carshare options are already available on the Download Liftshare website from as little as 10p! You only pay Liftshare drivers a contribution toward their petrol, so it’s often the cheapest way to get to and from the festival. By way of example, one liftsharer is offering a ride from Cranbrook to Derby for £15.00. That same journey by train on that morning is £119.30 single – and has a change on the way! And, if you’re a driver, that’s an extra £15 you didn’t have before… which can buy you at least three beers!

An excuse for team fancy dress!

As the saying goes, the more the merrier, and what could better break the ice than making a car-team fancy dress effort? There’s loads of options. Big hair for Billy Talent, Fairytale-Goth for Gutterdammerung, cuddly doves for Black Sabbath, and braids and dreads for Korn!

If it rains, you can sleep in the car 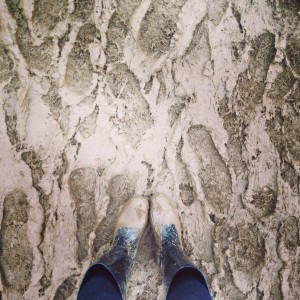 If you’ve ever been to a ‘Brownload’ year of the festival, you’ll know it’s to be avoided – and having a car gives you another sleeping option. It’s not the comfiest place in the world to get some kip, but at least it’s dry, and you won’t wake up caked in mud.

Leave and arrive whenever you want

Found a driver that shares your distaste for the Sunday line-up? Great! You can leave together on the Sunday afternoon and avoid the huge crowds later that night or the next morning. Perhaps you want to arrive a bit earlier to settle into the campsite? No worries, just drive up when you’re ready with no concern for the buses only arriving at certain times. It’s quicker and easier to drive, and can fit exactly round your schedule.

The morning after the night before…

Nursing a hangover? Taking a lift is way more comfortable than braving it on public transport, and it means that you can relax a little and sleep on the way home if you need to, leaving you free to arrive home in at least a half-decent state, and not feeling too drained.

In the words of Andrew WK… Party Hard!

PARTY TIP: Liftshare. As driver and passenger, you can take it turns with your designated return driver to drink. Amongs this year’s sponsors are Somersby, Tuborg and Pepsi Max, so there’s something for everyone, sober or not.

It’s a dry, warm place to charge your phone

Grab a cigarette-lighter in-car charging system for your phone and use it throughout the weekend to keep yourself charged up and online. Check in on Twitter for band and stage updates (secret set, anyone?), and use Whatsapp and Facebook Messenger to keep in touch without using your minute and text allowances.

Extra storage space for all your stuff

Carrying a tent, essentials and basic food supplies always takes up more bags than expected, and on public transport, it ain’t easy. But, in a car, you can load it up to the brim, and even take extras to leave in the car and venture back for if needed. Don’t forget to check your Liftsharer’s luggage capacity on their listed journey! 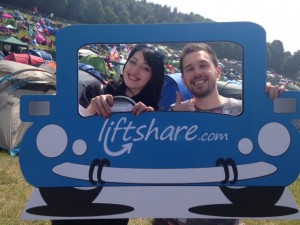