Everyone knows that James Corden shares his drives to work with his famous (and often musical) friends, and that Peter Kay shares his commute with Sian Gibson for the BAFTA-winning TV series Car Share. But Liftshare has over 500,000 active members right now – who are they?

We frequently do user surveys for Liftshare members, to better understand our users and help us grow with their feedback. The most recent of these surveys, combined with our system data, paints a great picture of the Liftshare user base. We’re really pleased to say that they’re a very diverse bunch! You can learn more in the infographic below: 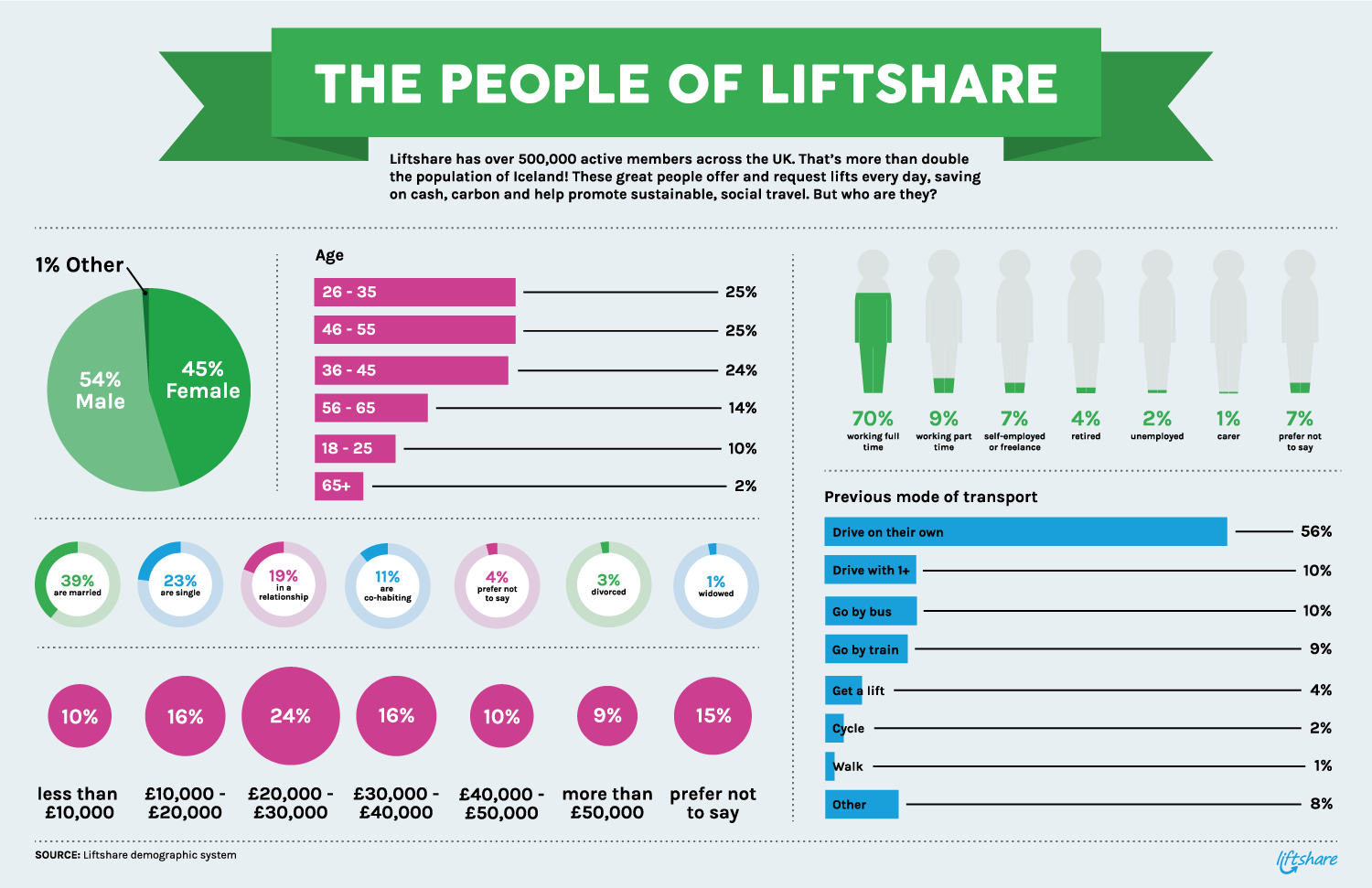 A lot of people assume that Liftsharers are very young, using the site as a way to save some cash. That’s not quite so! Almost three quarters of our users are aged between 26-55.  The 18-25 age bracket accounts for actually only 10% of the Liftshare population, and 65+ 2%. This could be for a whole host of reasons; including cheaper public transport options, the likelihood of informal sharing, and lack of access to the internet. There’s no one below 18, as this is where our service starts.

Our gender split is almost 50-50, but with slightly more men than women. This said, some older Liftshare systems still offer the default gender as male, so if you haven’t paid enough attention, you may be mis-classified on the system. (Let us know if yours needs changing! We can do it for you.)

A really important thing for us to know is how people travelled before they signed up to share their trips. A whopping 56% previously would drive alone, which really proves that we’re managing to cut down on single-occupancy vehicles! Interestingly 10% of our members previously already shared; suggesting that once you’ve done it, the benefits are evident.

Of course, we’ve known for ages that liftsharing is great – it’s just giving it a go that you need to get round to! You can sign up now to offer or request a lift at Liftshare.com now!