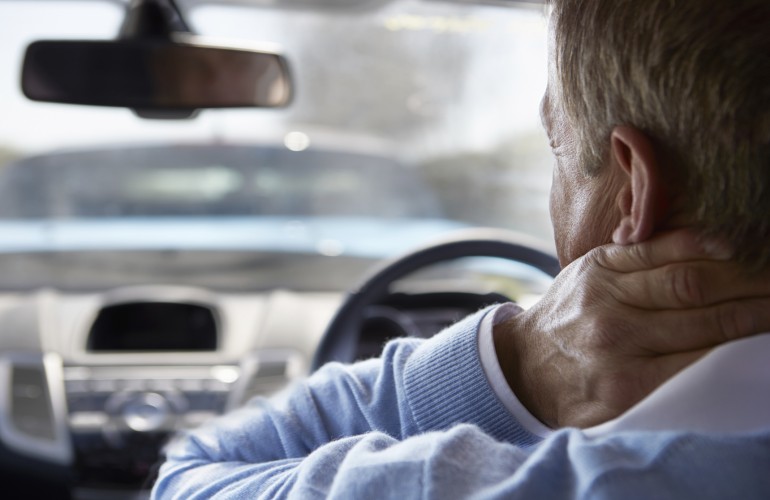 Following our blog on surging car insurance premiums being blamed on a whiplash ‘claims culture‘, new plans have been suggested to cap or cut whiplash insurance claims – saving £40 a year for most motorists.

If put into place successfully, millions of motorists across the UK would benefit from the lowered claim levels, as insurers promise to pass on the savings made through insurance premium prices.

The Government is currently consulting on either scrapping the right to compensation, or capping it for whiplash claims. Such claims have risen by 50% in the last 10 years, costing insurance providers c£1bn a year. However, the number of road accidents overall is in a decreasing trend; suggesting people are more likely to claim now when perhaps they wouldn’t before.

The Ministry of Justice suggest that compensation payments, separate from medical bills or loss of earnings, could be banned completely. Another proposal suggests a cap of £425 per claim – a stark contrast to the current £1,850 average payout.

Other proposals include introducing a set tariff system for injuries, requiring full medical certification and documentation before payments are made, and allowing small claim courts to handle claims up to £5,000, rather than £1,000 (to reduce legal costs). Such changes to be put in place would require an act of parliament, so could still be several months away.

“For too long some have exploited a rampant compensation culture and seen whiplash claims an easy payday, driving up costs for millions of law-abiding motorists,” said Justice Secretary Liz Truss, “These reforms will crack down on minor, exaggerated and fraudulent claims.”

The Association of British Insurers (ABI) also welcomed the consultation, saying “These reforms are important. They will help to give honest motorists a better deal.”

Amongst other insurers, Aviva has promised to pass on 100% of savings as a result of these measures to their customers. Andrew Morris, Aviva operations director, said “Cash is too easily available and that in the UK, almost 80% of every injury claim that we see relates to whiplash. Now in France, by comparison, is it just 3%”. In 2015 alone, motor fraud accounted for 60% of all claims fraud detected by Aviva, Mr Morris said.

Amanda Blanc, the chief executive of insurer AXA UK, also called for the government to push ahead with the reforms: “We have been here before and still not yet managed to beat the whiplash epidemic. This is a golden opportunity for the government to tackle the compensation culture once and for all.”

The RAC motoring group’s insurance director, Mark Godfrey, said the plan was “broadly welcome” because the present system was “widely regarded as broken and in need of reform”. But he added: “It is crucial that motorists that have genuine claims are not disadvantaged, which is why we now look forward to seeing the finer detail of the government’s proposals.”

Do you welcome these measures, if it means a decrease in your insurance premiums? Let us know in the comments below, or on Twitter at @Liftshare!