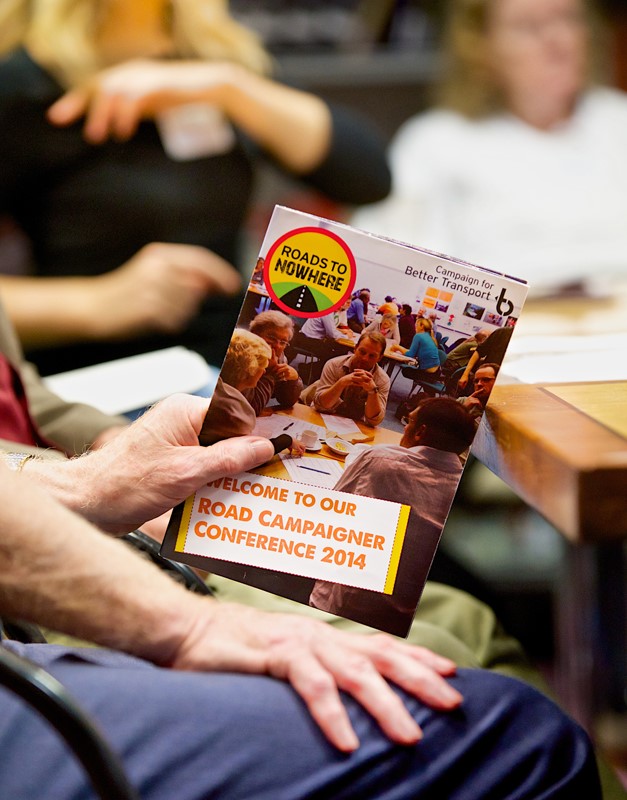 Liftshare exists because the UK’s public transport is unsustainable. As regular as clockwork we see rail fares rise every January, yet the increase in wages isn’t enough to cover the costs. The building of more roads means more cars and pollution, which are at odds with the green aims of businesses and bodies across the country.

In short: the transport sector feels like a losing battle for many of us.

There’s every chance you, the reader, are wondering when the constant ticket price increases – particularly in rail, will stop, and it was this issue that brought us to Campaign for Better Transport.

The movement started life in 1972 under the name Transport 2000, and it has positioned itself as a champion of fair, affordable and sustainable travel ever since. Current campaigns include ‘Fair Fares Now,’ which urges the public to ask local MPs to challenge annual rail fare hikes.

It’s followed by ‘Roads to Nowhere,’, which looks to recuce the number of UK roads being built and to explore greener construction options, while ‘Save Our Buses,’ works to stop staff cuts and the reduction of services across the country.

Based on the above, it’s clear the country’s transport sector is far from flawless, but one glance at the Campaign for Better Transport website reveals a wealth of everyday people doing their bit to help raise awareness of pressing issues, and rallying for change in the way we get around.

To find out more we got in touch with Sian Berry, who is their Roads and Sustainable Transport Campaigner. We ask Sian to clarify what the term ‘Better Transport’ means to the group and to get a handle on what an ideal public transport sector might look like.

“Our official vision is ‘a country where communities have affordable transport that improves quality of life and protects the environment’ and that’s a very good summary of what we mean by better transport,” she explains. “It’s all about promoting ways of getting around that are better for people and for the planet in the long term.

“Currently, we’re campaigning hardest to save bus services, which are facing deep cuts from cash-strapped local authorities, to reduce the amount of money being wasted on building new roads that will just fill up with new traffic, and to stop above-inflation rail fare rises. We also support local campaigners around the country who want to defend or improve public transport, or stop new roads being built.” 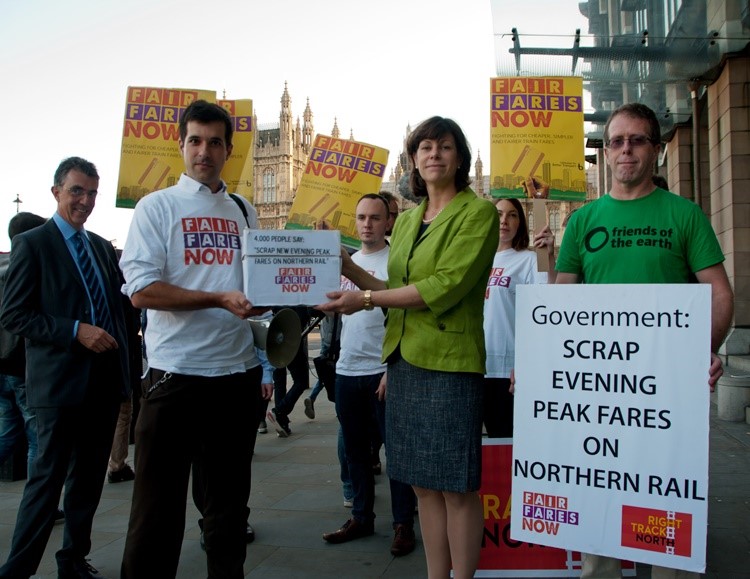 “Partly it’s the desire to stimulate the economy just by building anything at all and, as your question implies, we know there are far more useful things you could build with that kind of capital. Not just schools and hospitals, but also new rail and tram lines or cycleways that would do far more good for transport as a whole.”

The money is certainly rolling in for new road building. TheHighways Agency has been given a £15 billion budget up to 2021 and, away from the main roads, many of the local building of new roads is orchestrated by ‘shadowy’ Local Enterprise Partnerships, which have been pushed for by central government, and have control over £2 billion per year in local transport spending.

The campaign has spotted a re-emergence of transport mentality last seen when the nation was under Margaret Thatcher’s government in the ’80s and ’90s. In short, those years brought many new roads to solve transport issues, and existing roads were forgotten about. Sian warns that this policy collapsed once before, and for a while Westminster looked at how best to use the roads we already have – rather than build more. Sadly, that process has been left by the kerb. 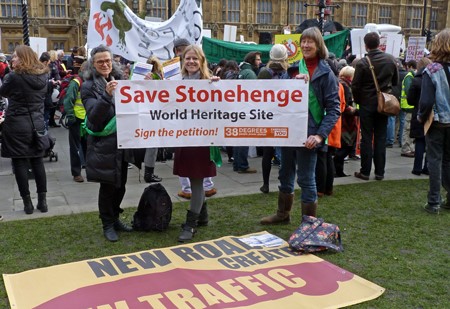 While pollution is always a concern where transport is involved, it’s clear that neither the Campaign for Better Transport nor Liftshare wants to see cars eradicated from roads completely. This isn’t about overhauling the way we travel completely, but making better use of what we have in the here and now. Car sharing is ideal for reducing the number of vehicles on streets, while filling empty seats to maximise the potential of each car. Less cars means less emissions, and so forth.

“We don’t want to get rid of cars altogether,” Sian continues. “We simply want to focus new investment and capacity on more efficient ways of getting people around. When you look at it like that – in terms of getting more people not more vehicles around, lift sharing makes so much sense as part of the solution.

“As a thought experiment; imagine if the drivers of just one in five of the cars travelling from A to B were to share their ride with each other through something like Liftshare. The amount of traffic would fall by twenty per cent at a stroke, and the amount of time spent in traffic jams would reduce even more dramatically.

“Thinking about things like that makes me incredibly optimistic that reducing traffic can be achieved without too much fuss. The key to unlocking the potential of lift sharing is being more convenient to share a ride as it is to drive your own car, and having a good website, apps and simple ways to make arrangements will make all the difference.”

The need for good, working and intuitive apps is something Liftshare has looked at for some time, and we have recently released our free iOS and Android apps to help make drivers and passengers more visible – so that they can be paired with other travellers much quicker. We urge all interested travellers to check the app out on their device.

Liftshare members keen to do their bit for the improvement of UK transport would do well to check out the Campaign for Better Transport website. Sian advises, “If somewhere you love is threatened by new road building or widening and you want to campaign to stop this happening, we also have a great guide for campaigners and lots of advice via our email list.”

The 2015 rail fare price hike was to be expected, but the volume of discontent from the public and media was louder than ever. Put it this way: an open single from London to Bolton will cost you £86 on rail site The Trainline, while the same trip will cost you around £20 through Liftshare. It’s also telling that consumer watchdog Which? just released its league table of the nation’s worst rail service providers, which paints a grim image of today’s train travel.

Clearly, something is not adding up, so we asked Sian to shed some light on the matter. “Our Fair Fares Now campaign tackles the rising burden that the cost of rail travel is putting on people’s finances,” she replies. “While there are good deals to be found on some rail fares, season ticket prices have been steadily increasing over the last decade and ticketing systems are confusing, meaning many people do not find the cheapest fare for their journey.

“While investments are being made in the rail network, many passengers feel these don’t justify the increasing amount of money they are being asked to fork out in fares. In particular, the network in the North of England has aged trains and the prospect of service reductions while the South benefits from new rolling stock and major new lines.

“Through our Right Track North campaign, we are campaigning to ensure that services are improved and that the crumbling old Pacer trains will finally be replaced. If we are to have a sustainable transport system which cuts emissions and is economically viable, we need to encourage people on to trains.”

Thank you to Sian for a superb interview. If you want to get involved and see how the Campaign for Better Transport can help your local area, visit their website for further information.