Liftshare is all about helping you save money on the road, but did you know that there is a whole world of sharing economy sites out there like us for other aspects of your daily life? We’ve been covering many of these amazing companies on our blog lately, so if you’re concerned about getting frugal in 2015, you need look no further.

Today’s interview focuses on fashion site Vinted, which was founded by Justas Janauskas and Milda Mitkutė. The site launched in 2008 after some deep and meaningful discussions during a couch-surfing experience, and it has snowballed in popularity since then.

The concept is simple but ingenious: using the site, women can swap, sell or buy clothes for a fraction of what they would cost on the high street, while helping to cut down on the staggering volume of landfilled garments thrown out every year. So not only can Vinted help you grab a good deal, there’s also a strong sustainability angle too.

So whether you’re in the market for a new dress, jewellery or a fresh onesie to snuggle up on the couch in, you should make the site your first stop if you don’t want to break the bank.

We liked the concept so much we got in touch with the site’s Community Ambassador Kyla Greenhalgh to learn more about Vinted’s origins and how it can help you save big on fashion this year.

Liftshare: Can you give us an overview on your background and some insight into how and why Vinted started? To what extent is it fair to say that you’re taking the second-hand  shop ethos into a new, digital age?

Kyla: Vinted was founded by Justas Janauskas and Milda Mitkutė in 2008 after an idea that grew from deep and meaningful talks during a couchsurfing experience. The idea was to create a place where girls could swap, buy and sell pre-loved clothes, making second hand a first choice. Bearing in mind that over 350,000 of used clothing go to landfill sites a year, Vinted was a conscious step towards a more sustainable and responsible future.

Vinted is all about reducing the impact of ‘fast’ fashion on the consumer landscape and since we all are glued to our mobile phones and computer screens, the digital platform allows for maximum accessibility and ease of use. It also allows for greater reach, as members can send or receive items from all over their country, so the possibilities are endless.

Liftshare: The sharing economy is clearly growing by the year. To what extent is this a reflection of our times, considering the cost of living and other personal finance factors?

Kyla: As the cost of living climbs higher each year, all of us look for ways to be our best and ways to indulge ourselves occasionally. When we find ways to do this in a cost effective manner, without sacrificing quality, it’s a winner! The concept of a sharing economy plays massively into this; sharing resources between ourselves not only empowers the individual, but also the community that surrounds it.

A conscious shift from using resources in an unsustainable manner and a dissatisfying economy towards sustainability and an economy that is beneficial for all is also a major benefit of the sharing economy movement. 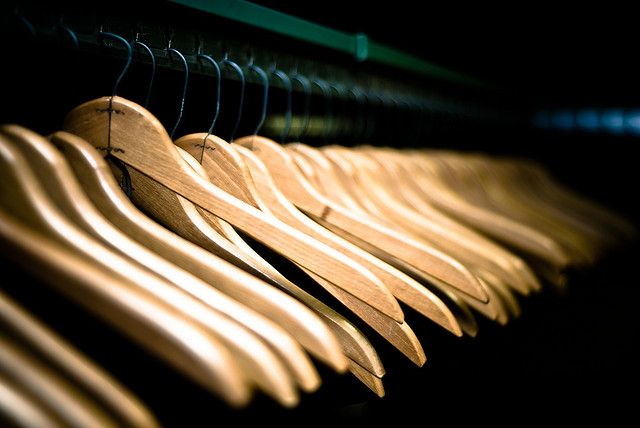 Liftshare: Some would say that it takes a certain kind of person to get involved in the sharing economy – they must be social, trusting, and so on. To what extent do you agree with that, and what would you say to someone currently on the fence about getting involved?

Kyla: I do believe trust is a major factor in the sharing economy, as the movement exists on being inclusive and with a level of trust, and as a result it helps the community make better decisions about resources and waste less, as well as using the best possible modes of technology to do so. The general idea is that if people can trust more, they can save money and gain pliability in their lives.

And for those sitting on the fence, just remember that we all have to begin somewhere, and the concept of community sharing has been around for thousands of years in all walks of human culture. We now have the option to choose which platform and technology to engage with this.

Liftshare: With this trust factor in mind, how have you found your member’s willingness to share and swap clothes on Vinted? To what extent did the volume of requests surprise you at the outset and what do you think that says about the way people share today?

Kyla: The response has been great! Our members have built a wonderful community which can be seen on our forums, and the level of buying, swapping, and selling on Vinted has been phenomenal. It really shows the public’s willingness to adapt to this model of the sharing economy: ease of use, availability and saving money.

Liftshare: Another point of view we’ve heard a lot is that we’re actually going back to the days of neighbourly contact – which is not too far from that old image of someone knocking on doors to borrow a cup of sugar. What is your take on that perspective on the sharing economy?

Kyla: This seems to be the equivalent in the digital age. The concept is generally the same, with trust, community and resourcefulness being the key factors. Of course, in our digitalised era, there are different ways of achieving this, with limitless possibilities of platform, product and result. But the end result remains the same and that’s what’s important in the sharing economy.

Liftshare: The site is clearly doing exceptionally well. What have been Vinted’s big wins so far?

Kyla: We are so proud of our community; our members are genuinely interesting and diverse and have built such a fantastic online presence. Our small UK team is also wonderful, as we are staffed by people who really believe in what Vinted stands for, and truly care about Vinted and our community. In less than a year, Vinted UK has gone from zero members to a massive 415,000 members, and is still growing daily.

The love from our members is overwhelming, and it makes doing what we do such a joy.

Liftshare: Those are brilliant statistics and it really does seem like people are coming around to the concept in a huge way. Say I’m someone who’s still on the fence – how would you convince me to give Vinted a shot?

Kyla: Just have a look at the community forums. Our members range in many factors, such as age, background, and interests, but all have one common trait: they are lovely, empowered, and conscious people who are part of a community that prides itself on trust and open communication. It’s truly a community that looks out for each other, which we are so proud of.

Thank you for the insight Kyla, and if you want to start shopping for great high street brands at a fraction of the cost, you need look no further than Vinted. Let us know if you check it out. Until next time Liftsharers, thanks for reading!