Hello Liftshare fans and welcome to a very special edition of our Monday event updates, in conjunction with the Norwich and Doncaster Blues, Rhythm and Rock Festivals, which take place February 28 and March 1 respectively.

Both festivals are looking to get as many people lift sharing as possible – which not only saves cash, but helps reduce carbon emissions too. So if you’re taking a trip to either date why not give us a shot?

Here’s the current line-up for both events: 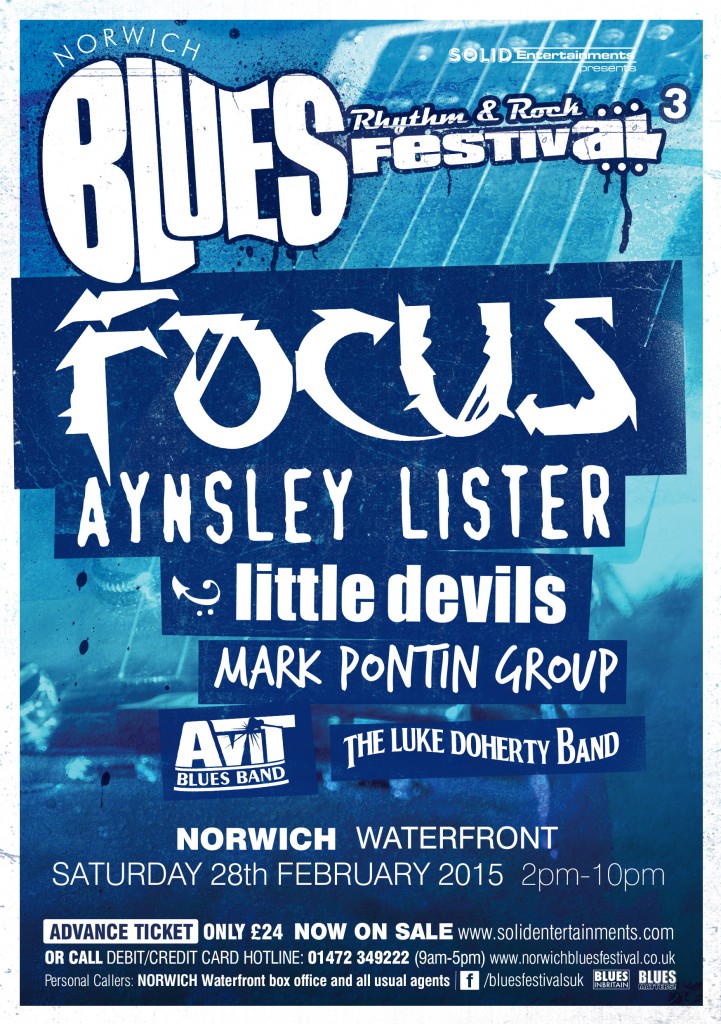 We’ve been looking closely at interesting festivals up and down the country, and rest assured – if you like blues then you absolutely need to check out this duo of incredible events. Both dates are headlined by Dutch prog royalty Focus, whose song ‘Hocus Pocus’ featured in 2014′ big screen Robocop reboot starring Michael Keaton, Samuel L. Jackson and Gary Oldman.

Their latest release is ‘Golden Oldies,’ which founder, vocalist, keyboard player and flutist Thijs van Leer told the festival was tricky to produce. He told the organisers, “Both the diehard Fans and the 2014 Focus-members were having doubts about this enterprise,” he said, “because we didn’t know if the recent recordings would match the original material, notwithstanding the fact that we had so much fun in doing the session, quick, romantic, virtuoso, full of funny moments & profoundness; But… the final mix turns out to be fantastic and we all are proud to release this album at our earliest convenience!! Halleluya!!!”

Following Focus is British artist Aynsley Lister, whose latest release – the 2013 blues rock album ‘Home,’ is a smooth, slick, honey-dripped ensemble of cool riffs and powerful lyrics. He boasts over 100,000 album sales and has a wealth of positive reviews under his belt. Known for his almost hypnotic live shows, blistering solos and passionate vocal power, Lister is one to watch in the blues scene, and is well worth your attention at the festivals.

Next up is 2010 outfit Little Devils – a positively electric blues act who were finalists in the 2012 New Brunswick Battle of the Blues. Singer Yoka also boasts the title of Yoka 2014 British Blues Award finalist for her sax and flute skills, and their recordings make clear that the entire group is incredibly talented and destined to go far. Show your support by catching them at either venue.

They’re joined by Swansea three-piece The Mark Pontin Group – who have been compared to Cream, Jimi Hendrix Experience and the Allman Brothers, as well as the Avit Blues Band, and The Luke Doherty Band.

We’ll have more from both festivals soon, and don’t forget to check out lifts being offered by our members to Norwich and Doncaster to help you get there without breaking the bank.