Electric cars have been around for some time now and while sales have picked up over the last few years they have not yet really grabbed the attention of consumers across the UK. There is some scepticism with regards to electric vehicles in the UK born out of rumours, myths and untruths about electric vehicles, how they work and how much they cost to run. The reality is that many people in the UK are now taking a serious look at electric vehicles to see whether there are any potential cost savings in the short, medium and longer term. 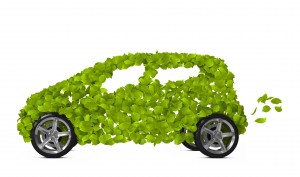 At this moment in time the cost of a brand-new electric vehicle is significantly greater than that of its diesel and petrol counterpart. This is in the main due to the fact that the technology is relatively new, car manufacturers have yet to achieve economies of scale but on the positive side the UK government is offering financial assistance of up to £5000 per vehicle and the price of electric cars will certainly come down in the medium to longer term.

It is this initial outlay, and the uncertainty with regards to the second-hand electric car market, that has seen many consumers dismiss electric cars as a passing trend. However, the reality is very different because electric car technology is improving at lightning quick speed, economies of scale are achievable in the medium term and efficiency savings with regards to aerodynamics, battery power, etc are now beginning to kick in.

There is concern that electric car batteries will impact upon your regular travel arrangements as well as question marks over the amount of time it takes to recharge the batteries. The fact is that vehicles such as the Nissan Leaf can achieve in excess of 100 miles per full battery charge which is more than the average daily journey for UK car owners. If you sit back and look at your own situation, do you travel more than 100 miles to and from work each and every day?

The cost of fully charging your car’s batteries will only set you back a maximum of three pounds per charge or around £300 a year for someone who travels the average 9,000 miles per annum. This compares very favourably to the £1100 per annum cost for a typical diesel car (achieving 45 miles to the gallon) and £1500 for a typical petrol vehicle (achieving around 35 miles to the gallon).

This is a significant saving from day one and while the electric vehicles of today are not necessarily built for long distance 20,000 miles per annum usage there is no doubt that the technology is improving and this annual journey capacity will be achievable in due course.

The government has nominated selective electric vehicles for a zero road tax tariff which obviously compares very well to traditional petrol vehicles and in particular the large people carriers and 4×4’s which pay a phenomenal road tax. There are also benefits with regards to the congestion charge in London where electric cars are treated very favourably therefore offering an immediate saving, which will vary depending on what you are comparing against, from day one.

Whether or not the government will maintain this preferential treatment for electric cars in the long run remains to be seen but at this moment in time there are significant road tax and congestion charge benefits to be achieved.

As you might expect from a relatively young technology the insurance companies have erred on the side of caution with regards to insurance premiums for electric vehicles. It is believed that typically you will pay around 25% extra compared to a petrol/diesel vehicle although as the market grows, technology develops and the perceived “risks” associated with replacing and repairing electric vehicles reduce, we should see premiums follow suit.

Very much like the cost of electric vehicles, the cost of insurance premiums for your electric car will be impacted when the market grows and economies of scale can be achieved. In many ways the pieces of the jigsaw are very visible and now they just need to drop into place to maximise efficiency for UK road users, minimise any damage to the environment and spawn what could be an enormous sector. 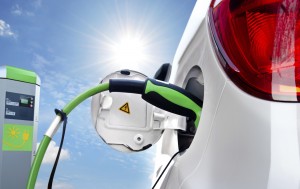 As we touched on above, there have been great developments in the area of battery power over the last few years and indeed many companies are now investing hundreds of millions of pounds in this particular area. A number of myths regarding the electric car sector are based upon old technology which has now been replaced and therefore in many ways it is a public relations exercise which is required to bring the UK consumer up to speed.

Due to the relatively high usage of batteries in an electric car, the amount of times they are recharged and the current technology, it is estimated that batteries may need to be replaced every eight years although this will depend upon usage and particular vehicle. It is relatively expensive to replace these batteries although companies such as Renault are offering those who acquire electric vehicles the chance to “lease their car batteries” for around £70 a month. This may sound expensive but when you bear in mind that any problems with your car batteries will be the responsibility of the leasing company it does have significant benefits.

Are we approaching the perfect storm for the electric car market?

There is no doubt that many of the myths and the untruths relating to the electric car market are based on technology which has been improved and much of which is actually obsolete. We have seen some of the largest names in the car industry jockeying for position in the electric car market of the future and investing significant amounts of money. We’ve also seen governments around the world offering consumers direct financial incentives to acquire electric vehicles while also offering business grants and business loans to large multinational companies.

It is easy to forget that the average driver in the UK will travel no more than 80 miles per day which is well within the grasp of electric cars such as the Nissan Leaf which has a journey capacity in excess of 100 miles per full charge. Some experts believe that, after taking into account the relatively high upfront cost of the vehicle, and the relatively low running costs, the owner of an electric vehicle should see most benefits after year three. However, if you take into account the potentially enormous savings obtained by car-sharing then we have a significant reduction in running costs, harm to the environment and congestion.

Slowly but surely the electric car market in the UK is building momentum and while sales doubled from a relatively low base in 2012 they are set to push even further ahead in 2013. A number of vehicles continue to grab the headlines such as the Nissan Leaf but the reality is that all of the major car manufacturers are determined to cement their own position in this new market of the future.

Efficiency savings, advances in technology, improvements in aerodynamics and the fact that it is almost impossible to tell the difference between the look of an electric vehicle and petrol vehicle today, all bode well for the future. When you also throw in significant government financial assistance for those acquiring electric cars, a greater variety set to be introduced in 2013 and international agreements to reduce emissions in the future, is this the perfect storm for the electric vehicle market?