Here at Liftshare, we’re all about cars – or the lack thereof if you’re a passenger on our site, so we turned our motoring monocle to this week’s Japanese Grand Prix at Suzuka Circuit, which kicks off at 7am GMT on October 5.

We’re dubbing every Tuesday ‘Twosday’ and as part of this, each week we will focus on ways you can connect with other like-minded people going your way and arrange to travel to work or events together.

Sharing rides is important, because these journeys are also about getting together with other people and getting social, and if you’ve ever sat through a whole Grand Prix with mates at home or in the pub, you’ll know just how fun that can be in a group. We’ll admit you come out the other end absolutely knackered, so it’s nice to have pals there for moral support along the way.

We’ve got the car and social bases covered, and all we need is a top racing pundit. Luckily, we spoke with Vince Pettit, editor-in-chief at the superb motorsport site The Checkered Flag to give us his expert thoughts on the Suzuka circuit, race predictions, and some insight into how the teams have performed this season.

Liftshare: Mercedes is leading the 2014 Formula One standings, but would it be an error for Hamilton and Rosberg to get complacent in Japan?

Vince Pettit: I don’t think either of the drivers will be getting complacent as although they’re virtually untouchable now they are engaged in a fierce battle between themselves.

Neither driver will want to let the other get an advantage and Rosberg will be looking to come back strong for the final part of the season, following his recent run of bad luck. While Ricciardo does still have a chance to win the title it is very narrow, even his team Principal Christian Horner has pretty much written him off when asked if there would be any team orders coming in to play.

LS: Just how challenging is the Suzuka Circuit, and are there any sections of the track that have historically given racers a real test of their skill?

VP: One of the first things you think about when Suzuka is mentioned is the awesome 130R corner, flat out and on the edge it’s a corner that rivals Parabolica (Pre-2014) Eau Rouge, Mirabeau or the Senna S as one of the best corners on the F1 calendar.

While the corner has lost a little of its original charm following an accident in 2002 that saw Toyota’s Allan McNish destroy the Armco barrier in qualifying, the redesign has still provided some great battles through the year including Fernando Alonso overtaking Michael Schumacher on the outside of the corner in 2005.

LS: What is your overall view on the 2014 season to date – in terms of car performance, driver ability and the overall buzz for the sport?

VP: 2014 has been a strange season, while previous years have seen the “boring Red Bull’s” dominate it has been all about Mercedes this year. With development pretty much locked down for the year it has been tough for the other teams to make any headway.

2014 has provided some great battles in places but I feel that 2015 will be a much better season when the engine manufacturers are able to put in development work in the off-season. 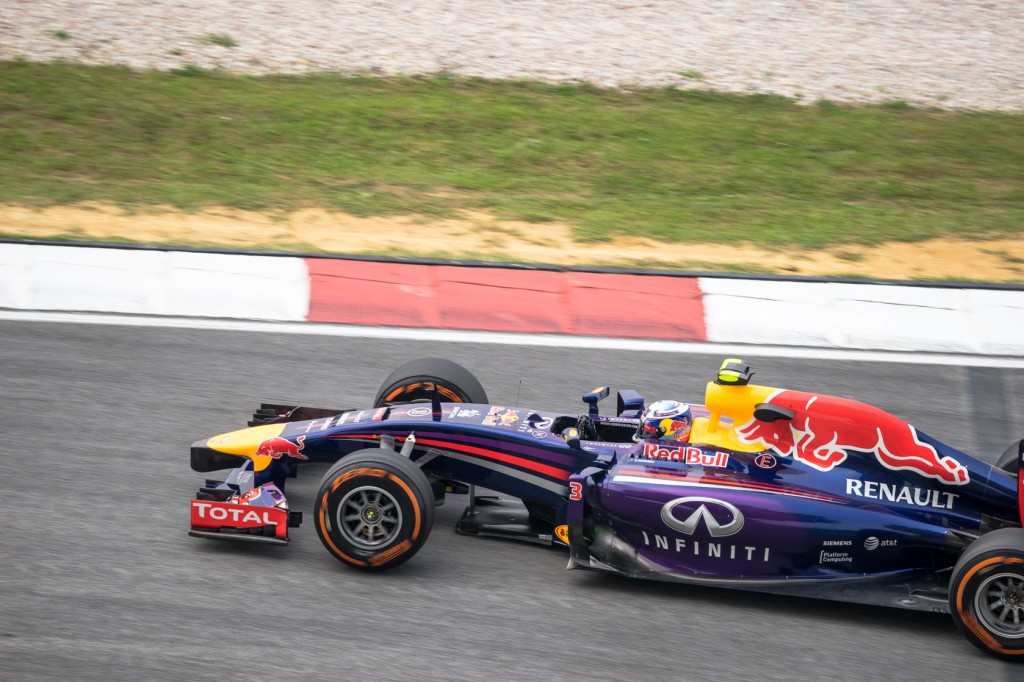 LS: What are your predictions for the Japanese grand prix and why do you feel fans should get hyped for the big race?

VP: It’s hard to look past a Mercedes victory in Japan and with Lewis Hamilton a previous winner he could have the upper hand. In the last 10 years there have been six Renault-powered victories while Mercedes have taken three and before that was a five-year domination by Ferrari so it’s going to be interesting to see how things are this year with the underpowered Renaults.

Jenson Button has always been strong in Japan and is a popular driver for the home crowd. Unfortunately there may not be a Japanese driver on the grid for the home crowd to cheer on as it is looking increasingly likely that Kobayashi will be replaced by another paying driver, possibly a second chance for Andre Lotterer.

LS: If you had to pick one, which driver do you feel will post the biggest threat to the Mercedes duo at Japan and why?

VP: Ricciardo has been strong all year and I’m sure Vettel will have a renewed spark after taking second place in Singapore so both Red Bull drivers will be pushing Mercedes. Bottas and Massa will also likely be near the sharp end of the grid again so there are plenty of drivers waiting to pick up the pieces should something happen to either of the Merecedes.

LS: Lastly, What is your most memorable Japanese Grand Prix of the last ten years and why?

VP: 2005 saw an epic effort by Kimi Raikkonen when he came from 17th place on the grid to win the race on the final lap, it was also the year that Alonso took on Michael Schumacher at 130R and came out on top.

So there you have it folks – although Mercedes is screaming ahead in the standings, the Japanese Grand Prix is set to be an adrenaline-fuelled challenge for all the racers at Suzuka. Many thanks to Vince for his insight – and if you are thinking about travelling somewhere to watch the race, remember that you can save money on your journey with Liftshare.