Liftshare is looking forward to the Spring launch of Peter Kay’s new comedy series Car Share on BBC iPlayer, so we thought we’d take a look at other shows out there that involve car sharing. Surprisingly, it isn’t the first and we hope it’s not the last!

Car sharing isn’t just about having laughs with your mates however, as it can actually save you a great deal of money if you’re a driver, or even someone without a car looking to get to work, sports matches, festivals, a uni campus or anywhere else.

Our new iOS and Android apps make it even easier too!

OK, enough of the shameless plugs. Let’s have a look at some other shows about car sharing you should check out. 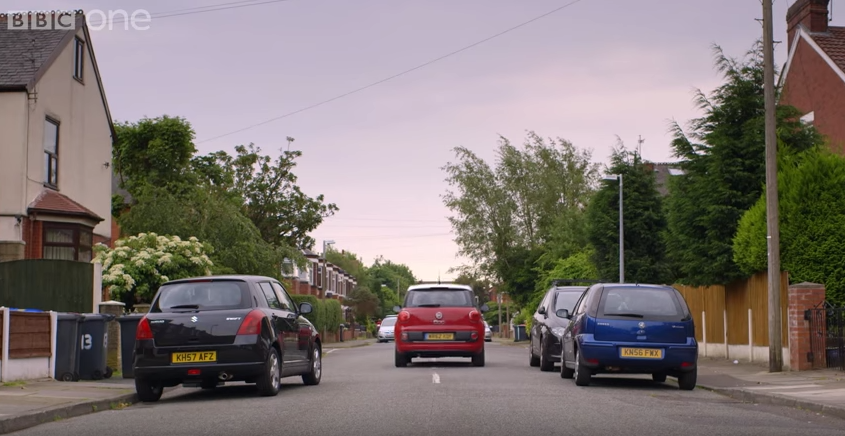 We’ll start with Peter Kay’s latest comedy ‘vehicle’ (sorry) as it’s due to launch soon. It sees two supermarket employees John (Kay) and Kayleigh (Sian Gibson) as they car share as part of their work’s new commuting scheme. The BBC has teased that perhaps they don’t get along all that well to begin with, but we have a sneaking suspicion it’ll all work out in the end.

Kay is premiering all six episodes of Car Share’s first season at the Blackpool Opera House on Saturday March 28th, and Liftshare will be in the audience to see it all unfold. Stay tuned for a full review of the show after the big reveal.

Perhaps best known for his superb turn as Kryten in sci-fi comedy series Red Dwarf, comedian Robert Llewellyn also created a celebrated show about car sharing. Carpool started life as a web series and was followed by a run of episodes on comedy channel Dave. You can still find them online today.

The show saw Llewellyn giving fellow British comedians a lift in an eco-friendly hybrid car, and included a long line of big names such as Jonathan Ross, David Mitchell, Stephen Fry, and Ade Edmondson. Like Seinfeld’s show, it is essential viewing for comedy fans everywhere.

3. Comedians in Cars Getting Coffee

We don’t think Jerry Seinfeld’s road trip comedy show could have had a more literal name if he tried, but rest assured, it’s a great series that deserves your attention. As the name suggests, Comedians in Cars Getting Coffee sees the Seinfeld star driving his guest to a cafe or restaurant for coffee while having natural, often hilarious conversations.

The show has proven to be a major smash online, and has attracted a long list of comedic royalty such as Jay Leno, Chris Rock, Larry David, Ricky Gervais, Mel Brooks, and Luis C.K. It’s still going and it currently up to season five, so there’s plenty of short episodes for you to check out over – what else – a coffee break.

This critically-acclaimed series sees British comedians Steve Coogan and Rob Brydon play over-the-top versions of themselves as they drive around Britain to review ten of the nation’s best restaurants. The Trip isn’t entirely set in their car, but we do see the pair get on each other’s nerves as their cullinary quest unfolds.

Their mostly-improvised exchanges behind the wheel and over dinner are hilarious as their seemingly simple expedition descends into dysfunction. The clip above offers a snippet of the duo’s infamous impersonations scene, which sees both actors debate who does the better Michael Caine. Decide for yourself above.

1. Max and Paddy’s Road to Nowhere

And so we come full circle, right back to Peter Kay’s Pheonix Nights spin-off Max and Paddy’s Road to Nowhere. It sees the Pheonix Club’s legendary bouncers drive a path across the UK and head-first into several unfortunate mishaps. It’s set shortly after the events of its parent show, but retains the duo’s jokey banter and often brash ways.

To give you a taste of the situations they find themselves in, there’s an unfortunate run-in with an adult movie production, some disputes over a dodgy plasma television, and a collision with a hapless cow. This is another essential watch for anyone who likes road trip humour.

There you have it folks! This should tide you over until Car Share goes live on BBC iPlayer, and be sure to check back after March 28 for our full review. Until then, visit Liftshare.com for all your car sharing needs.