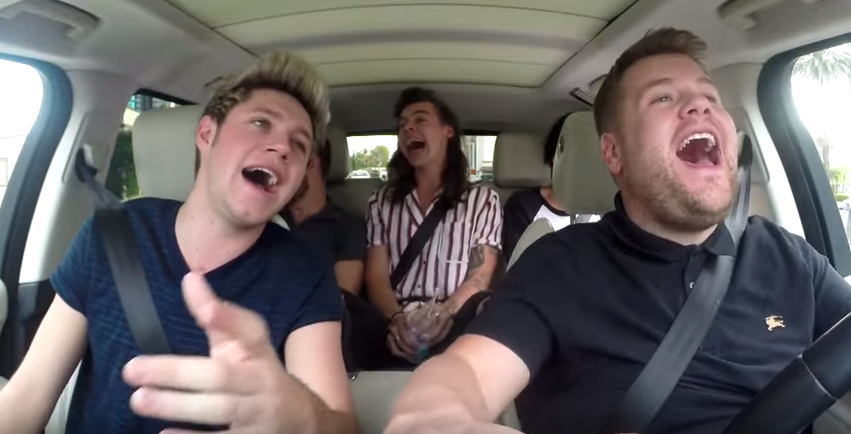 James Corden gets into the festive spirit with his final carpool karaoke of 2015… riding with none other than Harry, Niall, Liam and Louis of One Direction!

Calling Niall to join him for his journey to work to use the carpool lanes, he’s soon joined by all 4 of the band for a singing session, some rap, and a chat about the boys upcoming hiatus. There’s some impressive vocals and harmonies, and even a full boyband routine – complete with matching denim outfits. Eagle-eyed Gavin and Stacey fans will even spot a familiar car game, although it’s been toned down a bit since the BBC3 days!

Check out the video below;

So 2015 ends on a high for the Late Late Show, with James having carshared with some of the most famous faces in Hollywood. But who would you like to see him share with in 2016? Let us know at @Liftshare!