The show will see celeb contestants race and take part in challenges driving 4x4s, bangers, buggies, and rally cars before one is crowned the winner in a Formula 4000 race! Hosted by Vernon Kay and Jason Plato, the show is pitched to be a competitor for the new-look Top Gear, which launches on the BBC in May.

So who’s donning their racing gear and giving it a go?

Professor Green – rapper and ‘Lip Sync Battle UK’ host, Stephen ‘Pro Green’ Manderson is the proud owner of a £100,000 Mercedes
Ella Eyre – pop star Ella originally trained as a competitive swimmer – so will be up for some healthy competition
Louis Walsh – ex-X Factor judge Louis has been a ‘Star in a Reasonably Priced Car’ before, and is no stranger to being on TV
Johnny Vegas – Johnny too has been on Top Gear for a lap – but with L plates!
Colin Jackson – Welshman Colin commentates and presents on lots of sports programmes and events; but not yet anything racecar-related
Mariella Frostrup – Mariella starred opposite fellow contestant Angus in Coupling in the early 00s
Laura Tobin – self-proclaimed ‘geek’ Laura presents the weather on ITV’s Good Morning Britain, and loves travelling around the country for location broadcasts
Angus Deayton – Angus previously presented an episode of ‘The World’s Most Dangerous Roads’ and so is well versed in safe driving! 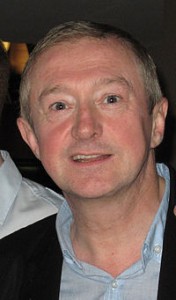 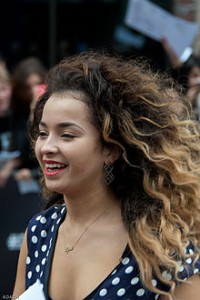 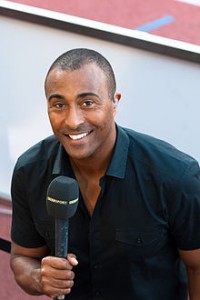 “Everyone thinks they can drive – but can they?” host Vernon said. “This show will test not only their skills behind the wheel but also how they control their fear. Drive is not just about straight line speed, all driving skills are going to be tested. But when it’s not your clutch you’re burning or your tyres you’re shredding, it’s full steam ahead!”

“I’m excited to see what these celebrities can do behind the steering wheel,” pro driver Jason Plato added. “There is a massive difference from driving a car on the road to taking something to the race track and it will be interesting to see who has what it takes to take their foot off the brake and test their limits”.

The broadcast date is yet to be confirmed, but watch this space for further info.

Which of the celebs involved would you like to share with the most? We can of course neither confirm or deny whether any of the contestants are members of Liftshare, but you can join and try to find a lift with them!