As part of Liftshare’s continuous festival coverage, we decided to look at an event in England that has roots as far back as the early ’70s. It all starts back in 1974 at the Lamb Inn pub in Trowbridge.

This was the venue of a popular folk music club called Village Pump. The event grew in popularity and enjoyed a great residence at the Lamb for six years. At that point it was time for the friendly, community gathering to spill out into something far bigger.

Today, the Village Pump Folk Festival showcases established and emerging folk talent in The White Horse Country Park – such as The Proclaimers and Steeleye Span, while retaining the sense of local community and family togetherness that helped the concept blossom some 41 years ago.

We recently spoke with organiser Geoff Cripps to get more insight into the festival’s origins and to get more details on its current format.

Take it away Geoff! 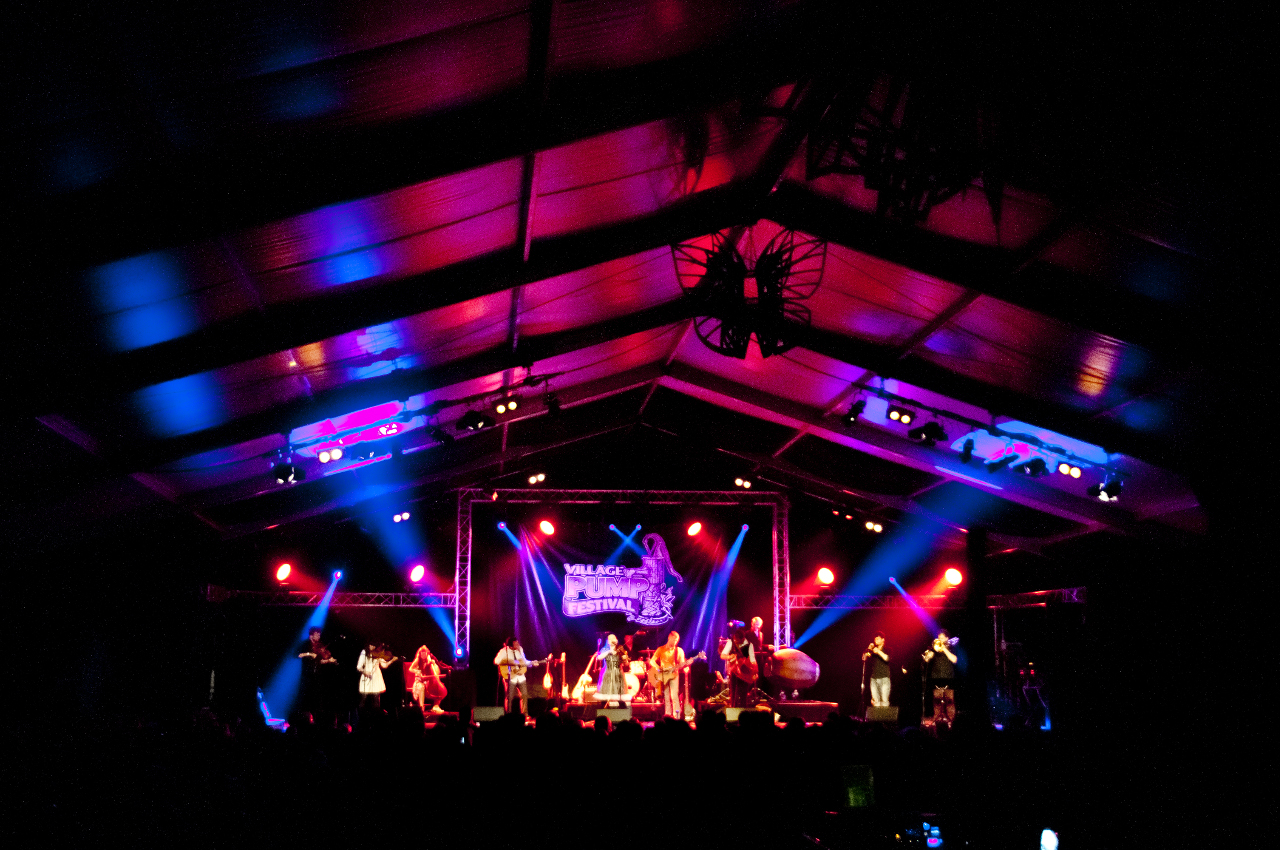 Liftshare: Can you tell us about the origins of the Village Pump Folk Club and how you grew to become a full festival?

This festival ceased in 2010 and no festival ran in 2011. In 2012 the new Village Pump Folk Festival was re-launched at its new green field site The White Horse Country Park in Westbury, Wiltshire. The Village Pump Folk Club still runs in its own home at the rear of the Lamb today.

Liftshare: How has the festival snowballed and grown since then? Can you tell us a little about what was on offer at last year’s event, and how you look to go one better in 2015?

Geoff: This small band of Village Pump enthusiasts who started the ball rolling in 2012 has since established a limited company and also established a working party of festival enthusiasts who join the board members in giving their time and expertise to the festival. In 2012, the festival attracted back some Village Pump Folk Festival fans – or pumpers as we call them – and managed to make a small surplus which was ploughed back in to the 2013 event.

With the Proclaimers and Steeleye Span headlining, the numbers attending were a few hundred up on the 2012 event. The 2014 event was very successful artistically but not so financially. The Village Pump Folk Festival does not receive any public funding and so relies primarily on its box office income plus some revenue from the traders who provide terrific festival food and shopping.

Last year the musical highlights of the weekend came from new-ish acts such as The Willows, Fromage en Feu and the Young Uns,plus great sets from our festival patrons Steve Knightley & Phil Beer, plus Peatbog Faeries, Home Service and Brass Monkey. For this year’s event please see our website.

Liftshare: It’s great that the festival is run by a volunteer board, as volunteers are how Liftshare and many sharing economy sites thrive. What is your view on people pitching in to help at the festival and to what extent does the broader community get stuck in?

Geoff: The Village Pump Folk Festival simply would not exist if it were not for a lot of people voluntarily giving of their time and expertise to the event. Beyond the members of the board, a lot of terrific work is done year-round by our working party and then, of course, at the festival weekend. We could not operate the festival throughout the period of setting up and taking down without volunteer labour, plus our amazing volunteer event stewards who ensure crowd and audience safety, as well as happiness. Anyone who wants to volunteer as a steward can do so on our website.

Liftshare: What can you tell us about the site at White Horse Country Park, and how mindful are you of green and sustainability issues?

Geoff: The site at the White Horse Country park is a 247-acre site under the gaze of the world-famous Westbury White Horse. The owners of the parkland have been restoring the landscape of the park and now offer the visitors all year round a permanent camping and caravanning site, a well-stocked fishing lake, the headquarters and grounds of the local rugby club plus a nine-hole golf course.

As a festival using this site, green and sustainability issues are important to us and we are striving to be better on all these issues. We see us participating in Liftshare as further evidence of our desire to be aware of and control our impacts in environmental and sustainability terms.

We’ll have more on Village Pump Folk Festival as it unfolds but don’t forget, you can Liftshare your way to the festival in 2015 for cheaper, cleaner and more-social travel. Download our free iOS and Android apps to make finding a lift or -passengers even easier.