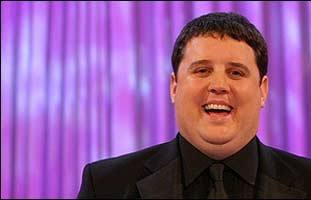 Lift-sharing is about to get an injection of humorous publicity!

In a new sit-com entitled ‘Car share’, one of the UK’s favourite comedians, Peter Kay, plays a supermarket worker who commutes with a colleague as part of a company car-share scheme.

“The idea of two people car sharing to work each day really appealed to me,” says Kay. “It highlights the comedy in the minutia of the daily trek and allows the spiralling conversations of life to unwind in all of their glory.”

The star, who broke the world record for the best-selling stand-up tour – seen by 1.1 million people – was also the first comedian to sell 10 million DVDs in the UK. So lift-sharing promises to see a significant increase in nationwide awareness!

“As an office full of Peter Kay fans, we can hardly wait for the new series,” says Liftshare’s founder, Ali Clabburn. “Clearly the characters will be quirkier than your typical car-sharer for it to work as a comedy, but anything that helps raise the profile of sharing lifts instead of driving alone has got to be a good thing.

“The Liftshare network has thousands of members who are supermarket workers, and it proves really popular with them. One member in Edinburgh recently told us that car sharing has halved his commute costs.”

Kay has also directed the six half-hour episodes of ‘Car share’, which will make its debut on the BBC iPlayer before going out on TV.

If you’re reading this, and wondering if anyone is going your way that you could car share with, just visit www.liftshare.com – there are tens of thousands of journeys available for sharing!