It’s not long until the final bank holiday of the summer, and we’ll all be skipping out of the office on the Friday for a glorious three-day weekend. There’s loads on across the country, so if you haven’t already, now’s the time to get planning for your final summer adventure. With drivers and passengers alike ready to share, get social, save cash and carbon, and start sharing!

London: Notting Hill Carnival
Europe’s biggest street party brings the festival spirit from Rio right over to the capital. NH Carnival runs across Sunday and Monday, and makes for a great excuse to eat, drink, dance and sightsee over the long weekend. Get a lift there with Harry from Bedford, Khaled from Bournemouth, Alero from Somerset, or Bobby from Leeds!

Reading/Leeds: Reading/Leeds Festival
The shared festivals this year feature headliners Disclosure, Red Hot Chilli Peppers, Biffy Clyro, Fall Out Boy and Foals. Alongside comedy, alternative, and dance stages, 2016’s fests are set to be more diverse than ever. There’s a Reading Festival Liftshare site and Leeds Festival Liftshare site for you to find matches throughout the three days. 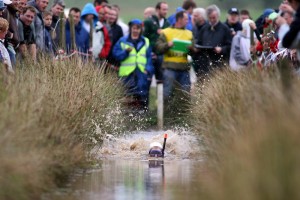 Of course, this is the kind of event that you visit all the time, and so you’ll be well aware that is the 31st iteration of the World Championships for Bogsnorkelling. Lonely Planet describes the event as one of the top 50 things to do before you die, and to explain, the sport sees competitors swim two consecutive lengths of a bog trench in the fastest time possible. There’s a bar tent, stalls and shuttle buses to site, so as unusual events go, this is a must-visit! Get there with Charlie from Newport, Dave from the Isle of Wight, or Umar from Dudley.

Belfast: Belsonic 2016
Belsonic is a music festival that takes place with different headliners throughout June and August; and has just confirmed a new act for Saturday 27th – Fatboy Slim! Closing the summer in style, the event has moved to the Titanic Belfast building to offer a bigger capacity than ever before. Get right there, right now with Teresa from Dungannon, Yasser from Blackrock, or James from Coleraine.

Liverpool: International Beatle Week
Fan of the fab four? Your opportunity to indulge is here as International Beatle Week brings over 70 bands from 20 countries to venues around Liverpool. The weekend will see a Beatles convention, tribute acts, theatre shows and late night parties, with transport laid on between events – so all you need to worry about is getting yourself to the city. Liverpool lifts are available with Mallick from Bury, Jonathan from Stockton-On-Tees, or Taylor from Essex.

Aberdeen: Robot Exhibition
Let the wars begin! Aberdeen Science Centre are hosting an ongoing exhibition for robot fans to enjoy, as Europe’s largest private collection displays full-size models spanning TV and film from the last 60 years. Your favourites from Star Wars, Dr Who, The Terminator, Robocop, Judge Dredd, Tomb Raider and I, Robot will all be there, alongside workshops being hosted for you to design and create your own. Get your geek on with Nicola from Fraserburgh, Bertrand from Carlisle, or John from Elgin. 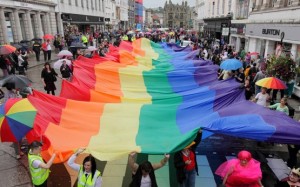 Cornwall: Pride
It’s rainbow time! Celebrate solidarity and diversity at one of the final Pride events of 2016. A picnic in the park will be followed by a parade for you to strut your stuff, and then parties begin all over the county in the evening. Get there with Jennifer from Bournemouth, Robert from Teignmouth, or Christine from Bude.

Canterbury: bOing! Family Festival
Fun for all the family in Kent; bOing! Family Festival runs across Saturday and Sunday, so you can have a lie-in on the Monday morning. Events include theatre, music, dance and films for all ages – and it’s free. Full listings are available online and parking is free, so offer a lift to boost your burger fund once you’re there!

Edinburgh: Edinburgh International Festival
EIF takes place throughout August and culminates on the bank holiday weekend with a spectacular season finale and firework display on the 29th. There’s plenty to do in the city during the day, so get shopping and sightseeing, then kick back to watch the show in the evening. Lifts are available to Edinburgh with Derek from Glasgow, Muhammed from Manchester, Aurelien from Kirkcaldy, or Trish from Aberdeen.

Sunderland: Haze Day & Night
Bank holiday Sunday in Sunderland hosts an all-day party of house and techno music at the Stadium Of Light. Dancing in the sunshine in true Mackem style, Haze goes from club night to daytime rave and back with this new event. You’ll need to buy tickets in advance, so offer out your spare seats and raise some cash to cover them!

Great Yarmouth: Summer Spectacular Circus & Water Show
One of the ‘7 Wonders of the British Seaside’, the Great Yarmouth Hippodrome is the country’s only full-time circus! Their Summer Spectacular show runs daily and includes a water show with fountains and synchronised swimmers. A truly nostalgic venue, the Hippodrome is a must-visit. Offer your spare seats to earn some petrol pounds now!

Do you have a suggestion for an event over the August bank holiday weekend that we could include? Let us know at @Liftshare, or in the comments below.