I know… we do sometimes focus on how much drivers can benefit from Liftshare. (It’s because there are about 11 drivers on our roads for every one passenger!) But if you think you need a car to use Liftshare, think again. Liftshare wouldn’t work without passengers!

Maybe you haven’t passed your test, or you can’t afford a car yet, or your partner takes it to work, or health issues mean you aren’t able to drive. You’re not alone. Over 245,000 of our non-driving members have requested a lift to work. And as many of them will tell you, Liftshare has been (in Kathryn from Newcastle’s words) “absolutely superb” for them. 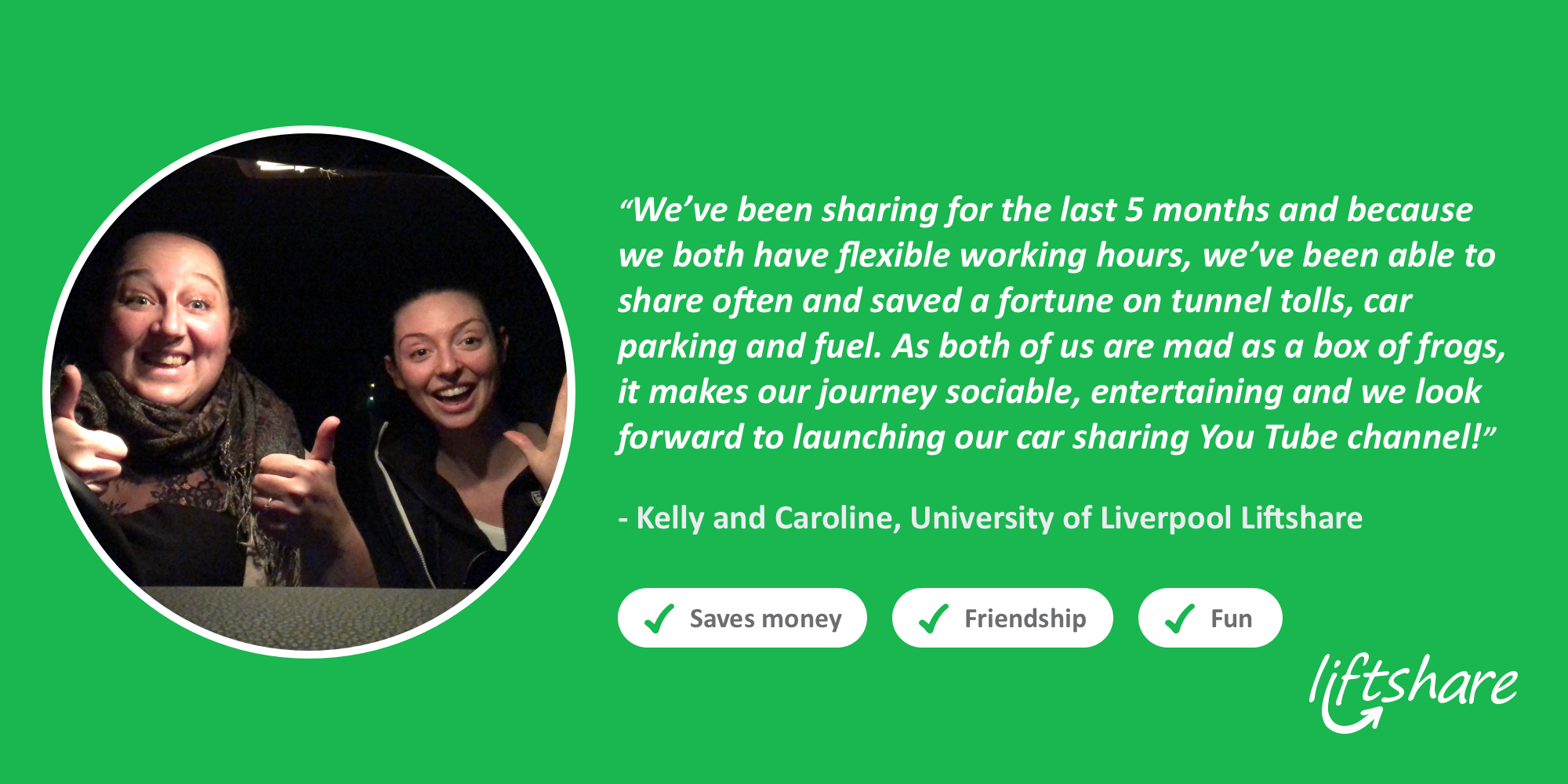 So if you (or a friend) needs a lift, for whatever reason, then let our members testify that Liftshare is poised and ready to come to the rescue…

“Public transport is too darned expensive!”

Getting a lift saves Amilie in Taunton around £12-15 per day, compared to the cost of taking public transport.

Cat on the Isle of Man found a lift and transformed her three-bus commute into an “easy and enjoyable door-to-door trip”. Similarly, Lara’s three-legged commute from Windsor to Slough used to take her an hour and 10 minutes: “Now that I’m car-sharing, it takes about 20 minutes – and I made a new friend.”

“I was getting soaked when walking from the station in the rain,” Nick from Hitchin says. “I now have the comfort and door-to-door convenience of a car, it’s twice as fast, half as expensive and good conversation.”

“I need more time at home”

Asad in Reading loves getting a lift to work now. “Less stress and more time for family,” he explains.

Kamran in London agrees: “Liftshare allows me more time at home to sleep and to be with my family.”

Ana from Guildford’s commute took 2 hours each way on public transport, but is only 30 minutes now she gets a lift. That’s an extra three hours a day at home!

“I need another option for when I can’t ride”

It’s completely up to you how often you liftshare. Susie rides her scooter from Princes Risborough to Cookham – but only when the sun is out! “It just means that when the weather gets too perilous to go in on two wheels, I can go in on four, which is a really nice fall-back position.”

But it’s not only for commuting. Like Leslie in Bristol, you might even find that Liftshare “makes being in a long-distance relationship much easier”! And we’re particularly talented at finding music-lovers a lift to their favourite festivals… 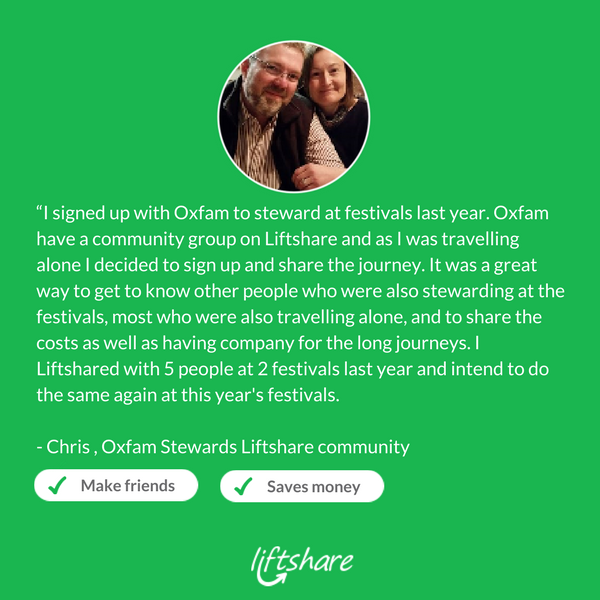 Kate said that getting a lift to Bestival was one of her “best decisions ever”. But “best of all,” she added, “I was back in Birmingham by 13:00 – while all my friends battled with public transport!” (A little smug, maybe, Kate? But we get it!)

Lena quickly found a carload of people to take her to Download. “I was a bit apprehensive about travelling with strangers but followed the advice on this site, met them beforehand, and made an excellent friend!”

Meanwhile Jo was despairing about how she would get all her camping stuff and fancy-dress gear for Festinho on the tube and train. So she signed up to Liftshare, and found a lovely person that same day to drive her there and back. “I save my back and my wallet, and he gets generous thanks and petrol money, it’s a win-win situation!”

The way we travel is changing. Fewer people are driving now. A recent Department for Transport study concluded that car ownership has probably peaked, with 40% fewer teenagers holding a licence than 20 years ago. The number of cars registered for the first time in January-March 2018 is down 11 percent on the same period in 2017.

Over 415,000 Liftshare members currently have regular, occasional or one-off lift requests on the system. Many of them have found other members to drive them, some haven’t yet. The more drivers who offer, the more of you without access to a car we can help. But whatever happens, if you think you need a car to use Liftshare, think again!