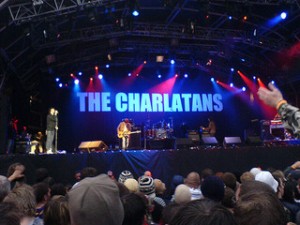 For the first year, Tramlines Festival in Sheffield have introduced the Folk Forest (which will be located in Endcliffe Park) as an alternative area to the rest of their festival, and made it part of their wristbanded venue – with a bigger stage and a bigger-than-ever line-up to boot! As a result, the festival, which takes place over 24-26th July at at multiple venues across Sheffield, is now definitely not to be missed.

Festival Director Sarah Nulty said: “After the success of bringing the Cathedral stage into the wristband scheme last year, the Folk Forest stage will also become part of the paid festival. As well as allowing us to ensure that the profile of artists and quality of production can be raised, the move will also support the long-term sustainability of an integral part of Tramlines.”

And it’s not just the folk acts that are upping the game for 2015… headliners this year are The Charlatans, Basement Jaxx and Wu Tang Clan, supported by Billy Bragg, Buzzcocks, and Sugarhill Gang. To top that, big names spanning genres also include Gilles Petersen, Kate Tempest, Rolo Tomassi, and Submotion Orchestra.

No matter what genre you’re into, there truly is something for everyone in this year’s line-up.

To save a great deal on travel, help ease congestion around Sheffield during the festival weekend, and help contribute to combatting the disruption for local residents, you can use the dedicated Tramlines Liftshare site to find those going your way and either offer or request a lift to the show.