Throughout August, Liftshare held a new award at the Edinburgh Festival Fringe which was designed to get performers and their fans thinking about their impact on the environment while in the Scottish capital.

Congestion is a very real issue across Scotland and the broader UK, and as the Fringe is the world’s largest cultural event, it’s no secret that the city of Edinburgh gets incredibly busy as tourists and patrons of the arts take to the streets. So we wanted to try and change the influx of vehicles and CO2 in the city during this year’s festival with our award.

The Liftshare Festival Fringe Award challenges performers to submit a video of themselves expressing their green views and encouraging their fans to be more conscious of their impact on the environment during the event – by car sharing, recycling, going paperless and more.

Four weeks and over 15 entries later, our top judging panel narrowed the clips down to a winner. The title goes to Jon Seagrave AKA Jonny Fluffypunk, who is a self-proclaimed ‘stand-up poet’ who does have strong views about the environment. His winning clip discusses various green issues, and there’s also a great green poem at the end.

In honour of Jonny’s win, we interviewed him about his experience of the Fringe, his stance on green matters and to learn more about his incoming shows and projects – such as his ongoing acclaimed show Man Up Jonny Fluffypunk.

Here’s how our conversation went down:

Liftshare: Congrats on winning our award. What drew you to it and what is your own view on green matters

Jonny: Thanks. Your invitation to enter popped amid the deluge of Fringe-related emails, most of which I ignored. But as it was about something that I actually believed in, rather than just something purely to further my career, then I thought why the hell not?

Someone had asked me to make a short film for something else so I had to learn how to upload from phone to computer anyway. As for green matters, well, I’ve always been politically active and environmentally-aware. These days I try not to point the finger too much, aiming instead simply to live as low-impact as possible, to grow my own veg and to be a passionate advocate through art of anarchy, peace and bicycles.
Liftshare: When we spoke with the Fringe, they made clear that green issues were a big priority for them. What problems or green challenges do you see at the Fringe each year? 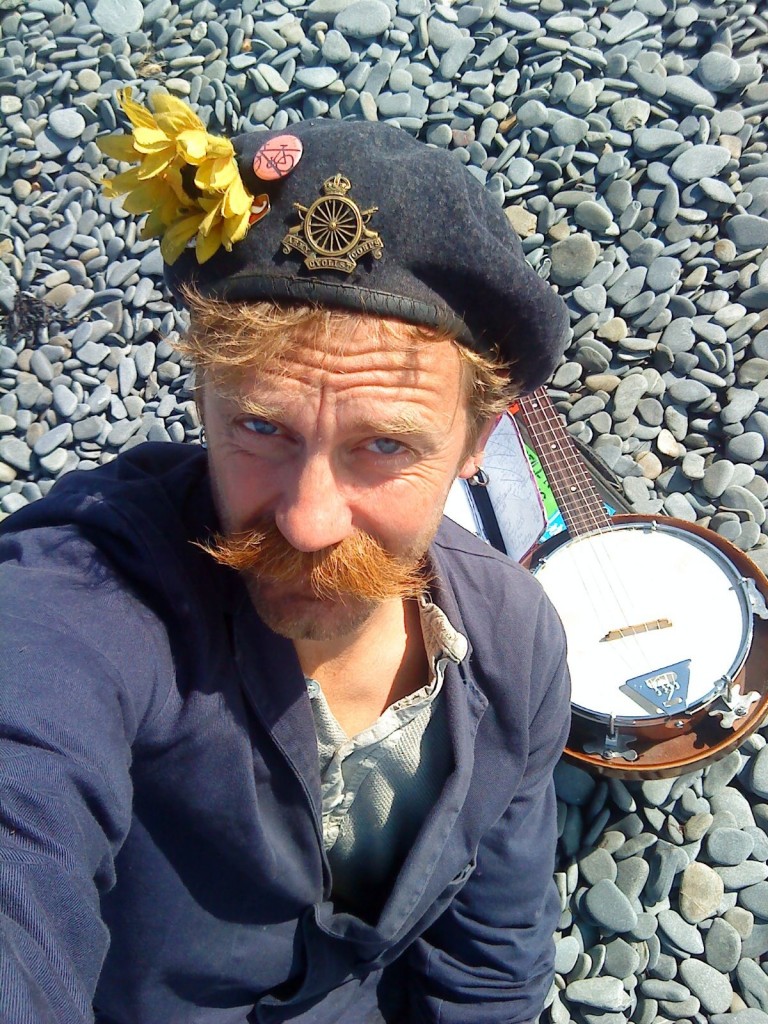 Jonny: Well, the most obvious is the mountain of discarded and disregarded paper in the form of all those flyers and posters… for every flyer that actually has the effect of enticing someone into a show, there must be at least five hundred that end up on the floor, in the bin or- in my case- torn up for bookmarks. It’s mad.

Half a decent-sized forest must wind up each year stapled to fences or lying in a pool of spilled lager in a bordello on Niddrie St. I’m not sure how you’d stop it, other than bringing in a rule that the only advertising allowed is for the performer to wear a sandwich board and stand in the rain, ringing a bell. That would be better, and no more noisy.

There also seems to be a disappointing-and increasing- number of performers who fly to the Fringe each year, from other places in mainland Britain. I mean, come on. I would never dream of flying, so I’ve never looked into it, but I’m assuming it’s probably cheaper than the train in our mad, privatised world. Liftshare is obviously a great, cheap, eco-friendly way forward. At least get the Megabus- which’d also increase your understanding of the plights of cattle and refugees. Or cycle there- that’d get your endurance levels up for a 30-date run.

Liftshare: Can you tell us a bit about your background – how you got into comedy and poetry, and how your career as a performer has progressed over the years?

Jonny: I’ve always written poetry, right from a kid. I started performing rabble-rousing poetry between bands at punk gigs in the early ’90s. But poetry is generally so boring to perform or watch. Things changed for me when I started working with Tony Allen (‘the godfather of alternative comedy’) in London; the banter between poems became longer than the poems themselves, then started interrupting the poems mid-flow.

It’s very liberating; much more fun and spontaneous than doing ‘a poetry reading’. And it enables you to express the truth of who you are in ways beyond the mere words. So now I straddle poetry and comedy, which is good because it means twice the potential audience. I’m like a gatekeeper for poetry; I’m poetry for people who don’t like poetry. They enjoy what I do and maybe they’ll then dig deeper. I now perform all over the country- gigs, music festivals, arts festivals and people’s garden sheds; I was really keen to avoid that whole thing that performers do of moving to London to ‘make it’.

I much prefer taking art to places that don’t get much art, to follow my own weird path. I love the whole DIY ethic- I’ve deliberately set out with this latest show to do it in unusual places, people organising gigs for me in places as varied as summerhouses, gardens, a railway goods shed, an art gallery and a selection of public libraries. Oh and I do loads of poetry and performance workshops, too. 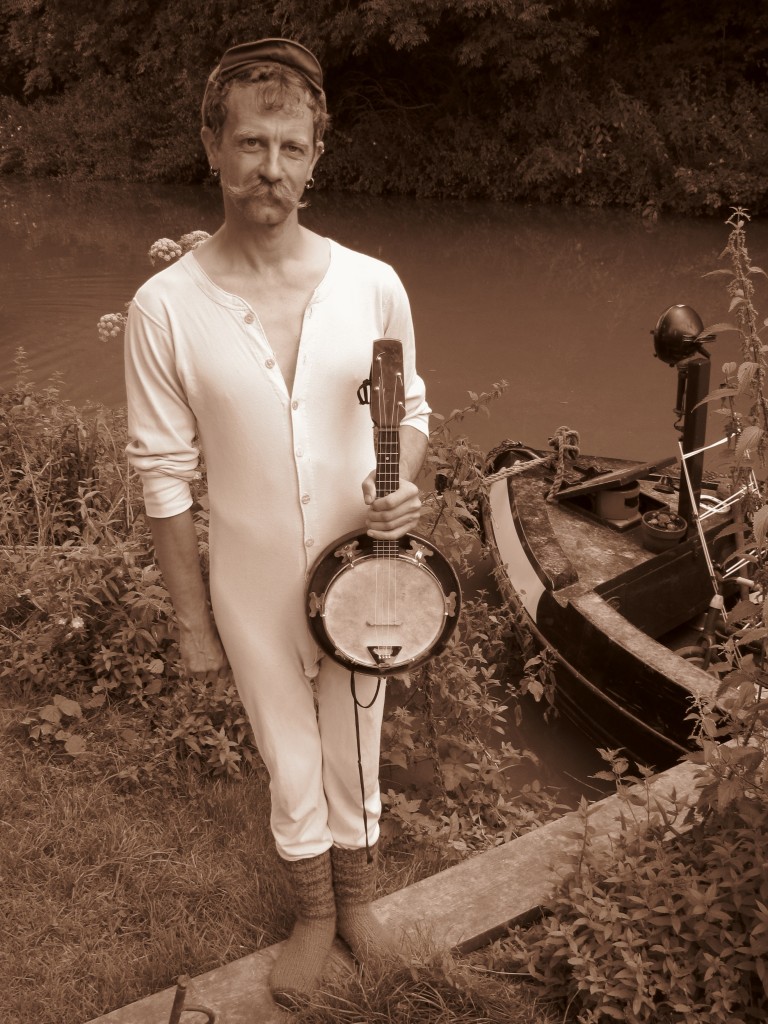 Liftshare: Throughout your career, in what ways would you say the Fringe itself has changed?

Jonny: It just keeps getting bigger, and I’m very pleased to see that the whole Free Fringe thing has become far more important and established, as it should. It represents the true spirit of Fringe: an open-access festival where you don’t have to risk thousands to join in. That’s how the Fringe started, before the money-men moved in and it became this huge corporate monster. You need that open access, so that the weird and the wonderful can have a chance to perform and to be seen; not just the bankable comedians and the big theatre companies.

On the downside, the whole reviews thing has got out of hand; frankly dubious organisations flinging out laughable five-star reviews or totally unjustified one-star reviews just ends up being misleading, damaging and ultimately renders the whole process meaningless. I get four-star reviews. You’re alright with a four-star review; it shows the reviewer has restraint, consideration and an aversion to the word ‘awesome’.
Liftshare: What would be your message to any act or fan to lower to encourage them to think a little deeper about their own impact on the environment?

Jonny: Go lo-fi. Make your own props! Don’t just go for the latest tech just because it’s there- hand-made cardboard stuff has got SOUL; it’s imperfect and wobbly and makes what you do so much more human. Discarded rubbish can be reborn as art. Oh, and just because the printers will give you 2000 flyers for just a fiver more than 1000 doesn’t mean you have to go for it. And for god’s sake DON’T FLY- and don’t drive up in a car on your own, either- environment aside, it’s boring and lonely- and Fringe is about communicating with people.
Liftshare: What’s next for you? Feel free to tell us about any projects, shows or yours you have beyond the Fringe. 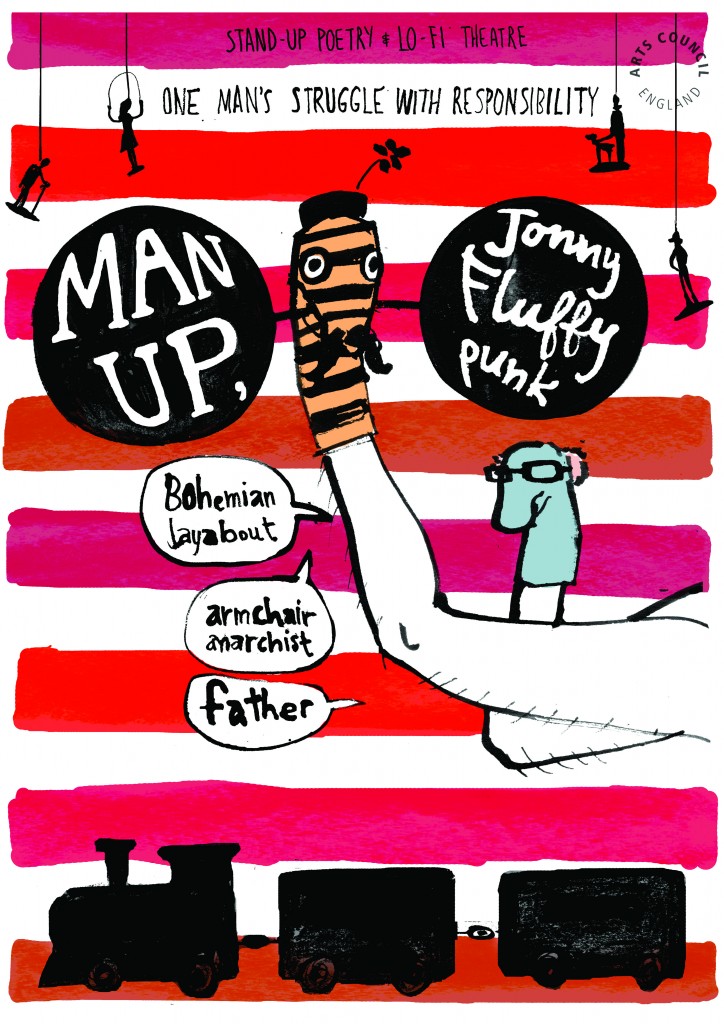 Jonny: Well, I’m carrying on with ‘Man Up, Jonny Fluffypunk’ for a bit, because there’s some lovely places who want me to come and do it and because I’ve got a 2 year old and that slows the writing process… but I’ve got plans for a new show for next year.

Something about becoming a punk in a rural village, being the only local paper boy in eyeliner, and about the little second-hand record shop that quietly changed my life. So more recycled cardboard and another outing for my second-hand cassette player. Reduce, reuse, recycle. Innit?

Thanks to Jonny for his great entry, the interview and congratulations again for being our first Liftshare Festival Fringe Award winner! We’re hoping to be back in 2016 bigger, better and with more thought provoking green stances.