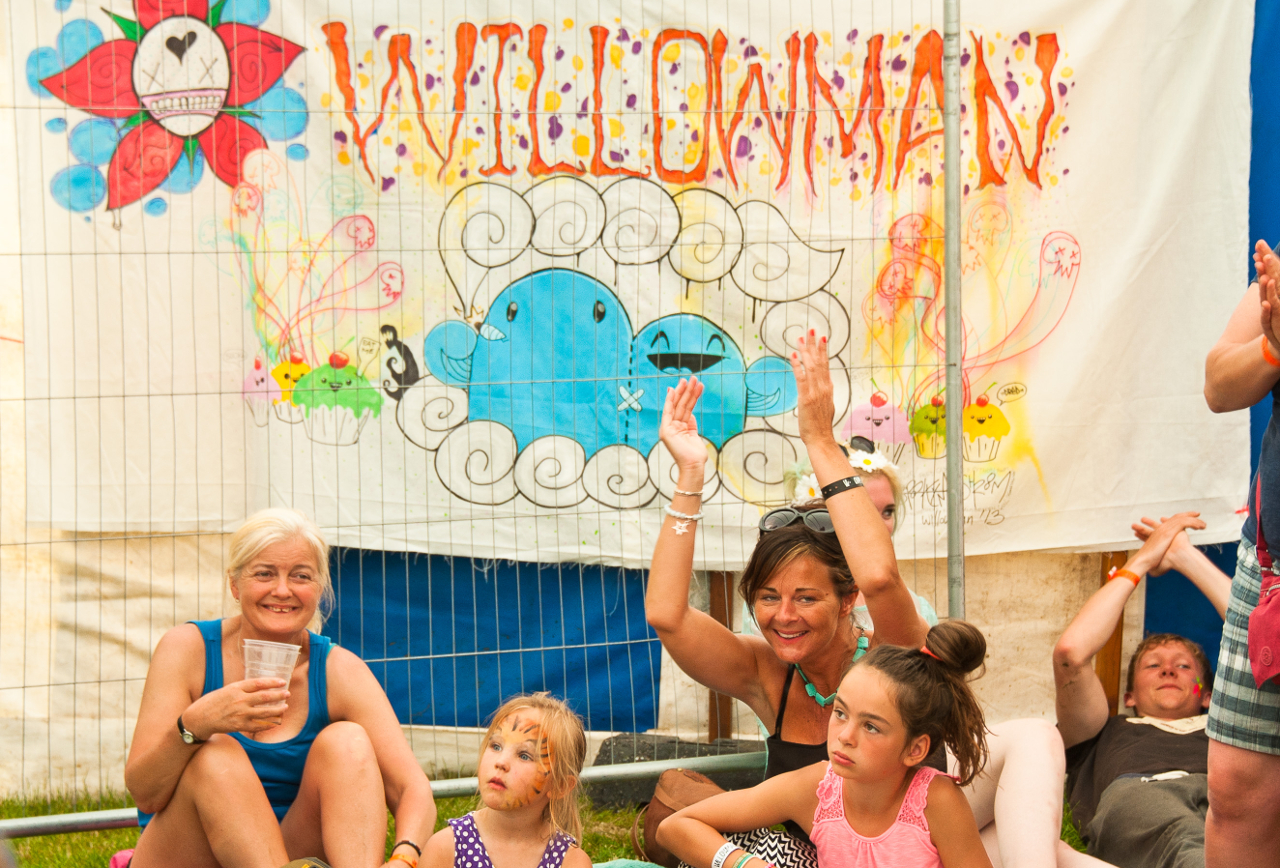 Willowman Festival 2015 has started recommending Liftshare to its fans as an alternative mode of transport, so we thought we’d post an introduction to this wonderful four-day event in the heart of North Yorkshire.

This year’s festival takes place 18th-21st June at Hillside Rural Activities Park in Knayton Thirsk, and the line-up is already looking superb. Now in its sixth year, the 2015 line-up is headed up by Echo and the Bunnymen. Peter Hook & The Light, Hazel O’Connor and Dreadzone – to name just a few acts. More bands and performers will be added ahead of the summer, so we’ll be sure to bring you more updates as they come.

There are three main stages at Willowman – the main stage, Willow Wobbly stage and acoustic stage, along with the Mad Hatter’s Tent. The latter is a dance tent that boasts a selection of new and established DJs, and a special headline guest who remains a mystery. It’s also home to the always-fun Headphone Disco, also known as ‘Silent Disco,’ which sees patrons chucking on a pair of headphones and dancing to a selection of two music streams. It’s a riot!

The music and dance tent are accompanied by the Argonaut Acoustic area, which offers a cafe and meeting place for families, along with fun circus workshops, art sessions, drumming lessons, cabaret, finger puppets and much more. It’s ideal for those with little ones, or anyone looking to explore something different during the long weekend. There’s even open mic sessions for the daring festival-goers among you.

Willowman Festival also uses the event to help raise funds and awareness for the Pegasus Children’s Project charity, so be sure to check them out as well.

We’ll have more on Willowman Festival 2015 as it comes, along with new act announcements, and much more. In the meantime you can follow them on Twitter to stay on top of the news.