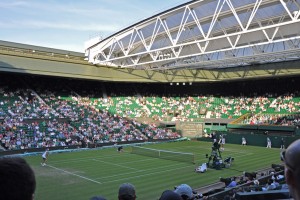 The celebrity carshare trend continues, and this time in style, for Wimbledon 2015.

Two competition winners who won a VIP taxi ride to the most prestigious tennis tournament in the world were pleasantly surprised when their surprise driver entered the car… and it was none other than John McEnroe, the former World No 1 ranked player!

John was a little concerned that the winners wouldn’t know who he was, but the pair immediately recognised him and were overwhelmed to meet the star.

Talking tips for the tournament, the trio made it to Wimbledon in time for some strawberries and cream and champagne before things kicked off at Centre Court. You can watch the carshare below!

Who would you like to carshare with to Wimbledon? Let us know in the comments below!