Car sharing is all about friendly people helping others by sharing what they have, so when we heard that a new music festival had been crowd-funded through the generosity and goodwill of others, we simply had to get in touch with them to find out more.

Meet MugStock, the new boutique festival that takes place in MugDock country park – which is just north of Glasgow. The festival was funded on crowd platform IndieGoGo back in April, and amassed a brilliant £6,151, which will help bring the event to life this August.

The festival is now a reality, and will take place August 7-9, with such acts as Beats Antique, Orkestra Del Sol, Dodgy, Preston Reed, Kid Canaveral, The Amorettes and many, many more. Weekend camping tickets start at just £64, and there are plenty of side activities and musical styles for everyone to enjoy. 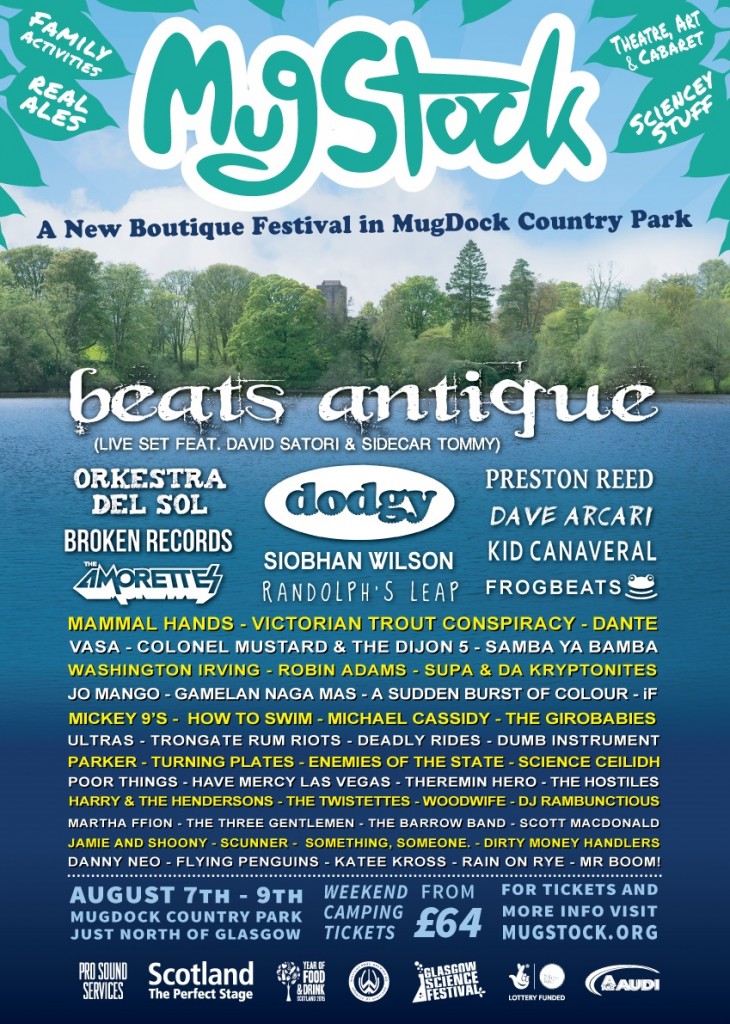 It’s inspiring to see a music festival come together thanks to the donations of everyday music lovers, so we decided to get in touch with MugStock’s Festival Director Alan Govan to find out more.

Liftshare: Can you give us some insight into how the MugStock concept was born, and what led you to go down the crowdfunding route on IndieGoGo?

Alan: Thanks for your interest in and support of MugStock! I have dreamt of putting on a festival for many years, and have been sizing up potential venues for a very long time indeed. I’m a regular visitor to Mugdock Country Park, an absolutely stunning public park just a few miles up the road from my place in Glasgow. Around 5 years ago I was out walking in Mugdock Country Park with my wife and I remember saying “If we organised a festival here it should be called MugStock”.

The seed was planted then, but I didn’t start giving it serious consideration for another few years. Towards the end of summer 2014 I decided to have a proper go at it, so I started properly visualising how the park might work as a site and preparing a proposal. It took until December to get permission, and on Christmas eve MugStock Ltd was officially registered as a not for profit company. As we are not a commercial enterprise, being in it for the love and satisfaction of doing something great rather than for the money, we were starting without capital, and so it felt obvious to go down the crowd funding route.

Running a campaign via Indiegogo didn’t feel daunting as such: it was more of a reality check – a way of sticking our toe in the water. I figured that if people supported the campaign and helped us raise a reasonable sum of money it would be a good indication that there was demand for what we wanted to do. We were delighted to exceed our target and it got us off to a good start financially and gave us the confidence that we were going to be well supported as plans progressed, and I’m pleased that this has continued to be the case.

Liftshare: How challenging has it been as a new festival to approach acts and to spread the word?

Alan: The other advantage of being a not for profit company is that we were able to apply for various grants, and we’ve had quite a bit of support through this, which has made the process of putting on such a cash sucking monster as a festival considerably more achievable. We’re very grateful to EventScotland, Awards for All, Voluntary Action Fund, Stirling Council, East Dunbartonshire Council and local businesses Pro Sound Services and A is for Audi for having the vision and belief to support us.

This ground work took up a lot of our time in the initial stages, but in the meantime we started trying to approach some possible headline acts. We soon learned how hilariously expensive some well knows acts can be to hire. Not naming names but we were offered a man with a guitar for £50,000 + vat. Talking of men with guitars, one of our early successes was to book Preston Reed. I can still remember him being named by Total Guitar as the greatest living guitarist. He is a pioneer of an incredible percussive style of guitar playing, an absolute virtuoso and mesmerising to behold. We’re delighted to have him on our main stage on Saturday.

I am absolutely flabergasted whenever I take a minute to think about all that we have achieved in the past few months. The most exciting development has been the booking of our headliners Beats Antique (Live set featuring David Satori and Sidecar Tommy). We are bringing them from California where they are absolutely huge (285,000 Facebook followers gives you some idea just how huge), and their show will be their very first performance in Scotland, and only their 2nd in the UK. It’s mind blowing to have secured such an amazing act for our first festival. Their set is going to be quite incredible.

Oh yeah, we managed to book Dodgy too; a band who have sold a million records worldwide and played their array of what remain some of most sing-a-longable festival songs of all time on Glastonbury’s main stage, are coming to play at our wee festival. We are beyond humbled. 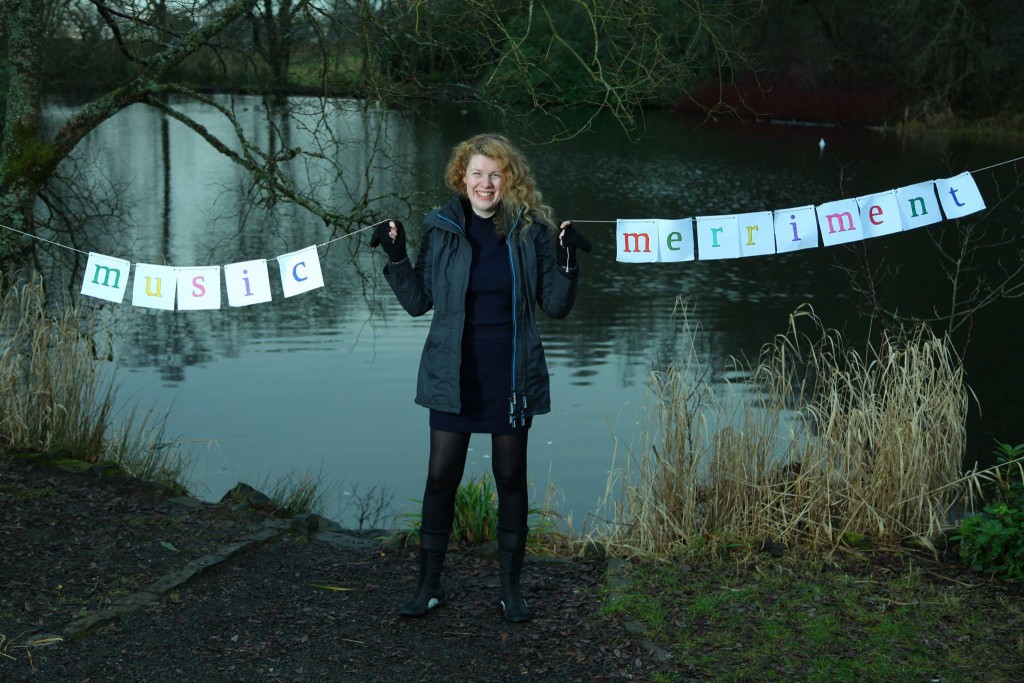 Liftshare: Can you give us insight into the inaugural Mugstock’s acts – their diversity, how you found them, how they responded to you as a new festival and more.

Alan: Diversity is definitely the right word. We’ve booked well over 60 acts now, with a few more slots to be confirmed, particularly in our theatre, cabaret and spoken word programme, so it’s difficult to just mention just a few, but some of the stand-out acts for me include:

I could keep going… hopefully you get the idea. 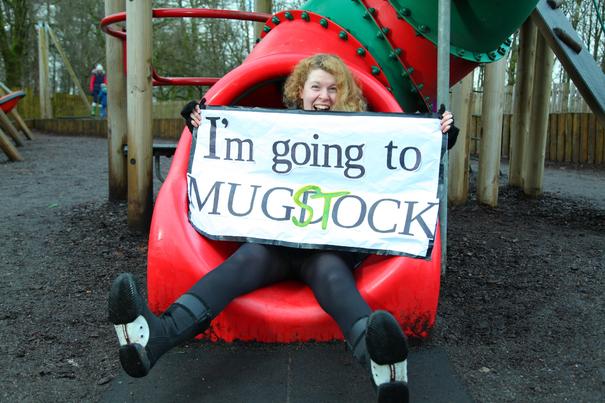 Liftshare: What can you tell us about Mugdock Country Park and why you felt it was an ideal location for your festival?

Alan: Mugdock Country Park is one of Scotland’s top natural attractions. It already receives 600,000 visits every year, mostly from families, so there’s already a large number of people who are really invested in the park. We are programming a really cool selection of things to entertain and occupy youngsters. We were really keen to avoid stuff like bouncy castles and mini fairground rides, and have opted for stuff that involves building, discovering, exploring, imagining and getting your hands dirty, including lots of activities which families can enjoy together.

We also believe that no one is too old for play, and so everyone will be encourage to step out of their comfort zone and be a bit silly, including taking part in a giant kazoo conga on Sunday afternoon. The park is such a lovely place to be, with acres of ancient woodlands and 2 castles on site. Campers will wake up next to one of them (hopefully the right one – go easy on the real ale and Scottish fruit cider campers…)

The location of this amazing park will make MugStock the closest festival of it’s kind to Glasgow, however I’ve been surprised to learn that many people from the city have never visited Mugdock. I therefore see the festival as a great opportunity to introduce new people to this amazing resource which lies on their doorstep.

Liftshare: Lastly, what is your approach to green matters such as waste disposal, impact on the land and other concerns? What is your view on car sharing as a way of reducing carbon by having more people driving together and less cars on the road?

Alan: MugStock is all about the location, and we want to keep it beautiful. Anyone caught littering will have their wristband removed without refund, we’re not going to tolerate anyone who does not have respect for the environment we are so privileged to play in for the weekend. Our team will also not leave the site until every single last piece of waste has been removed.

All the fun of a festival comes at a cost, and will invariably have an impact on the environment, and car sharing is one of the easiest ways to help reduce that impact. Not only does it save money and fuel, but those sharing lifts will make new friends before they even arrive.

We are very excited about our first festival (which has already been named by British Airways as one of the top 10 festivals to check out this summer!), and we look forward to seeing everyone there. Because we are not for profit, we have managed to keep ticket prices really low in comparison to other events, and they are on sale now.

Thanks Alan, and be sure to check out MugStock this year. If you want to save big money on your travel to Mugdon Park, you can search for lifts using our MugStock festival hub. Download our free iOS and Android apps to make finding that perfect lift match even easier.