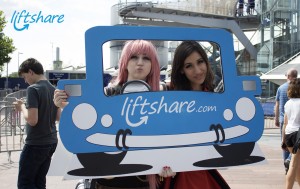 From Geisha girls to Cosplay characters, Hyper Japan offered something for everyone at this year’s festival. Taking place in the O2, Japanophiles from all over the country gathered to celebrate the nation’s vibrant pop culture and immerse themselves in all things kawaii! The atmosphere was fantastic – all smiles, chats, and lots of failed attempts at using chopsticks.

It was split into zones and sessions in order to control the crowds, as there was loads to do and see throughout the venue. The Hyper Game and Anime Park played host to a huge Nintendo presence in celebration of 30 years of Super Mario, as well as a huge selection of PlayStation and Xbox titles from Bandai Namco. Gamers sat side-by-side to not just compete against each other, but also chat and geek out over the latest consoles and games.

Wearing jeans and a tee for this event, I was definitely underdressed as the Cosplayers were out in force! The mid-afternoon Cosparade showed off some incredible costumes, both homemade and store-bought, and a huge variety of stalls offering clothing and accessories made sure there really was something for everyone. Especially if you’re a fan of cuddly alpacas. 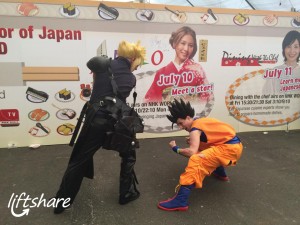 For Anime and Manga fans, an impressive amount of industry insiders and directors were present and completely open to just talking with fans. Special screenings of films, including the Knights of Sidonia, alongside presentations gave a really unique opportunity for both film students and casual fans to get involved and learn a little more.

The Hyper Live stage was the place to be for lively performances from both musical acts and martial artists, spanning popularity for a whole range of different communities and fan-groups. When X Japan members Yoshiki and Toshi took to the stage and then a meet and greet, the screams could be heard for miles – and selfie sticks quickly took over the crowd. 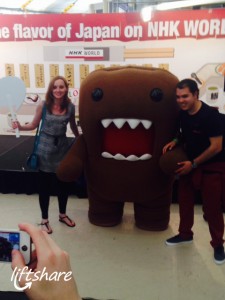 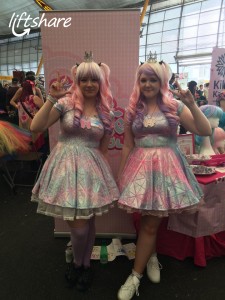 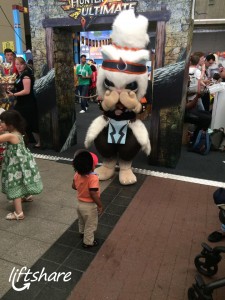 Whether or not you knew the acts scheduled, this was a great place to settle down and watch performances both from and for all walks of life. And why not sit back with a Sake? The Sake Experience had queues all day and with over 30 different styles to try, it was worth nipping in to taste a few!

Finally, it was time to rest in the Hyper Matsuri Garden with a Kirin Ichiban beer and some dorayaki. It was a great day with great weather, and more to see and do than I could ever have imagined!