This week, Liftshare launched a brand new comedy award for the Edinburgh Festival Fringe, which invites comedians from across the world to tell us their views about green and sustainability issues, or do something funny to get people thinking about environmental matters.

Why? Because last year Fringe acts sold over 2 million show tickets, and the Scottish capital was packed to capacity with cars, tourists and traffic. Needless to say, this resulted in a lot of CO2 and lowered air quality in what is sincerely one of the most beautiful cities in the entire world. Liftshare wanted to help keep Edinburgh green and clean this year, so took action.

You can learn more about the award here, as well as our efforts to encourage cleaner travel in Edinburgh this year. 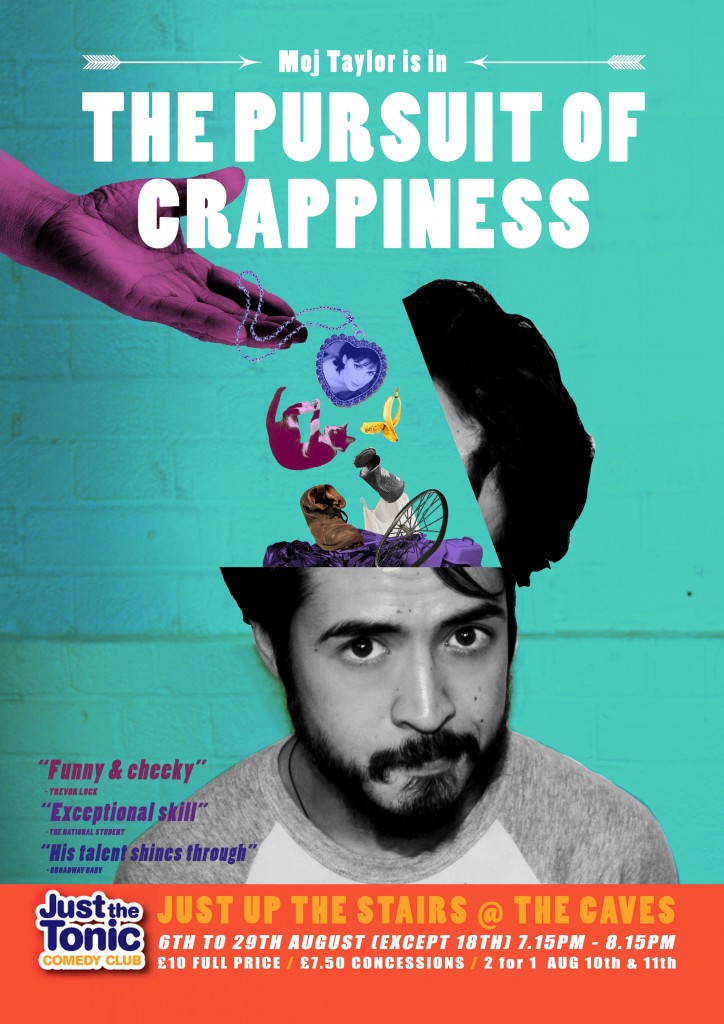 Our first entry is from critically-acclaimed comedian Moj Taylor, who is making his eight Edinburgh Fringe appearance with new show The Pursuit of Crapiness. He’s making a big name for himself at festivals across the UK, thanks to his sharp wit and hilarious outlook on all of the crap things in life.

Born out of over 600 talks (and a 6 month online poll) to over 10,000 students and online strangers across the UK, The Pursuit of Crappiness is comedian and public speaker Moj Taylor’s quest to prove a unique theory: that life’s ‘shituations’ are what truly connect us as people, not happy situations. Using results of his online poll, and his anecdotes about crappiness versus happiness, he will prove that crappiness has been around since the dawn of time, and that it’s the alternative route to true contentment.

Moj’s comedy alter-ego ‘Julian Doors‘ was part of the Fringe First Award-winning team Look Left Look Right, who created the Edinburgh sell-out show ‘You Once Said Yes’ in 2011 and 2013.

The Pursuit of Crappiness is on at 7.15pm, Just Up The Stairs @ The Caves (Venue 88: Just The Tonic) Buy tickets from the official Fringe site here.

Moj entered the Liftshare Festival Fringe Award with a great video that covers his views on the environment and car sharing. It’s something he really cares about, and as such, always seeks cleaner travel options where possible. In this skit, he talks about height being a measure of crappiness and how that links back to anti-green actions.

Check it out, and be sure to show Moj some love on Twitter at @mojtaylor.

What do you think of Moj’s entry? Let us know below.