Following on from our coverage of Solid Entertainments’ superb Blues, Rhythm & Rock Festival in Southampton, they’re back with yet another stellar event for blues fans to check out.

The Lowestoft Blues, Rhythm & Rock Festival has just announced line-up, dates and ticket information over on its official site, and they’re urging anyone attending who wants cheaper, cleaner and social travel to book shared travel Liftshare.

It all goes down Sunday, June 28th at The Aquarium in Lowestoft, and early bird tickets are available now at just £19. 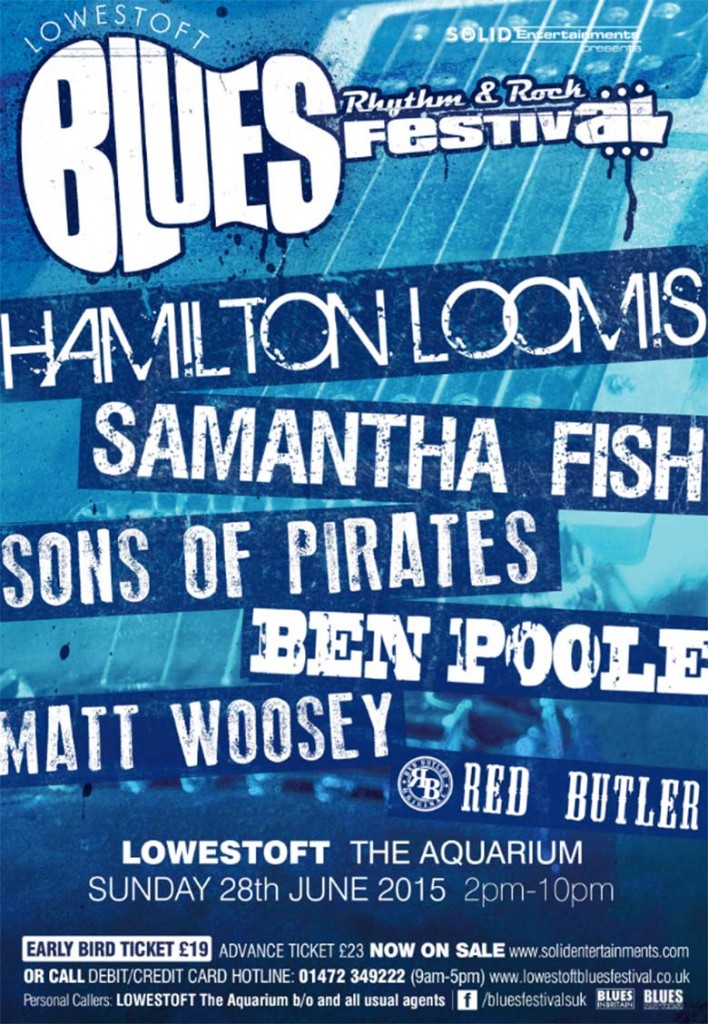 All the way from the US, Hamilton Loomis is touring his latest release ‘Give It Back,’ and brings a wealth of influences and acclaimed songwriting to the lineup.

The festival says of Loomis, “Bridging the gap between generations of music-lovers and redefining blues-based American music for a contemporary audience, Loomis created his own path and built a loyal following by blending myriad influences, clever songwriting, and an expressive voice into a sound that defies description.”

Here’s a promo teaser of the Give It Back album:

Loomis is followed by the award-winning Samantha Fish, the upbeat stylings of Sons of Pirates, and celebrated guitarist Ben Poole. They’re accompanied by Matt Woosey and Red Butler.

If you want to attend the Lowestoft Blues, Rhythm and Rock Festival, be sure to either offer or a request a lift there on Liftshare, and check out our free iOS and Android apps to help you find cheap travel wherever you need to go.