If you’re a big festival-goer you need to check out the wonderful Cornbury Festival, which is coming to Great Tew Park in Oxfordshire this July.

Running from the 10th to the 12th, the event has pulled in a long list of headliners throughout the years, and while it’s sure to appease the die-hard festival veterans among us, there’s also a family-friendly atmosphere running throughout the weekend.

This year’s acts include the likes of Razorlight and Tom Jones, among others. Be sure to check out the Cornbury Festival site for more information as it comes. The festival organisers are also recommending car sharing to help keep CO2 emissions down, and to give revellers a cheaper, more-social way to travel.

In the meantime, we thought we’d get in touch with Cornbury Festival founder Hugh, who was more than happy to give us some insight into how the event was formed, how it has grown and why 2015’s show is taking no prisoners.

Take it away Hugh: 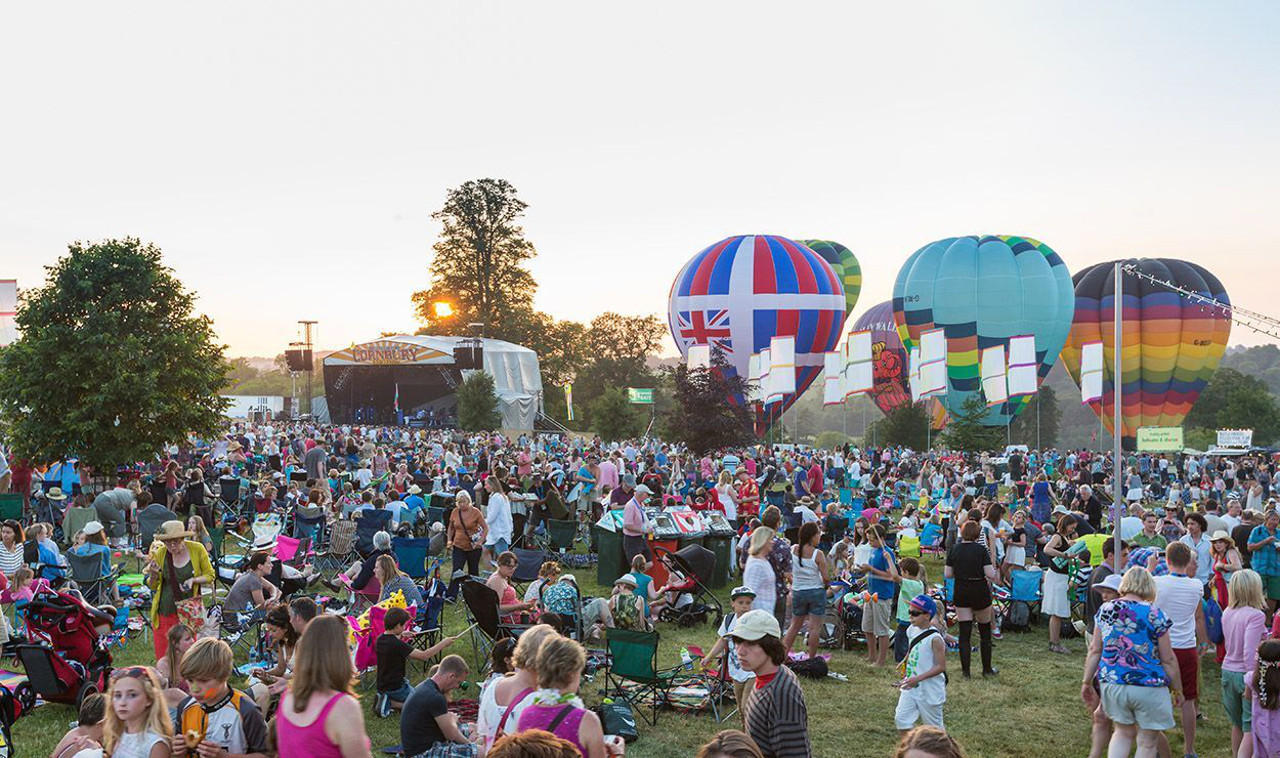 Liftshare: Can you give us some insight into how the Cornbury Festival began?

Hugh: I lived next to Cornbury Park and was shown around by a friend – i realised it was a fantastic festival site and rashly thought running a festival in the country could be my retirement plan! I had run events and booked bands for years so a festival seemed like a natural extension. It was designed as a boutique upmarket event and in its first two years had Blondie, Jools Holland, Will Young, Joe Cocker, Amy Winehouse and Elvis Costello as headliners. We moved to the beautiful Great Tew Estate in 2011.

Liftshare: We really like how the festival is positioned with a country fair vibe. Can you give us a run-down of what fans can expect in 2015 aside from the music?

Hugh: We really pride ourselves on the festival atmosphere and hope there is always something to keep the whole family entertained. In 2015 we’ll have all the Cornbury favourites back – the fully-programmed interactive kids zone, an extraordinary selection of walking entertainers, the comedy emporium and the unbound tent. We have a couple of new ideas in the planning including a festival beach and camel racing.

We’re very much involved with the Oxfordshire community, especially with the local schools. All the funds from our ‘tea for tew’ tent go to the Great Tew Primary School. They have raised enough over the years to build a new classroom – which they now kindly lend us as a rehearsal space when needed. We work with Chipping Norton School staging a battle of the bands and booking the wining band for the festival. Through them we also fund a primary school music prize for West Oxfordshire.

Liftshare: On music, what have been some of your truly knock-out acts over the years and why?

Hugh: Joe Cocker was pretty impressive in 2005 and Robert Plant in 2006. Elvis Costello was amazing in 2012 and Keane were perfect in our 10th year, 2013. Lots of truly memorable performances over the years have come from the girls – Chrissie Hynde, Sophie Ellis Bextor, Alison Moyet, Katzenjammer & Amy Winehouse.

The 2015 line-up is our usual cross-section of genres – Sir Tom Jones, Martha Reeves & the Vandellas, Razorlight and Only the Young amongst others. The Fishwives Choir – a charitable set-up raising support money for those who’ve lost their husbands at sea (as have some of the choir) – will be performing on the Sunday.

Liftshare: How much of an impact do festivals have on the environment and what steps should festivals be taking to curb this?

Thanks again to Hugh for his great insight. If you want to Liftshare to Cornbury Festival, be sure to check our our site, where you can request or offer lifts within our friendly community of over 420,000 everyday people. Our free iOS and Android apps makes it even easier to find the ideal life, message other members and take advantage of our one-tap cashless payment system.