Following on from Liftshare’s coverage of Solid Entertainments’ blues festivals in Norwich, Doncaster, St. Ives, Yeovil and Lincoln, the organisers have just announced another all-day festival to their stellar 2015 line-up.

The Southampton Blues, Rhythm and Rock Festival will take place at the Engine Rooms on Saturday, June 27, and the line-up is already tantalising for fans of all three genres. 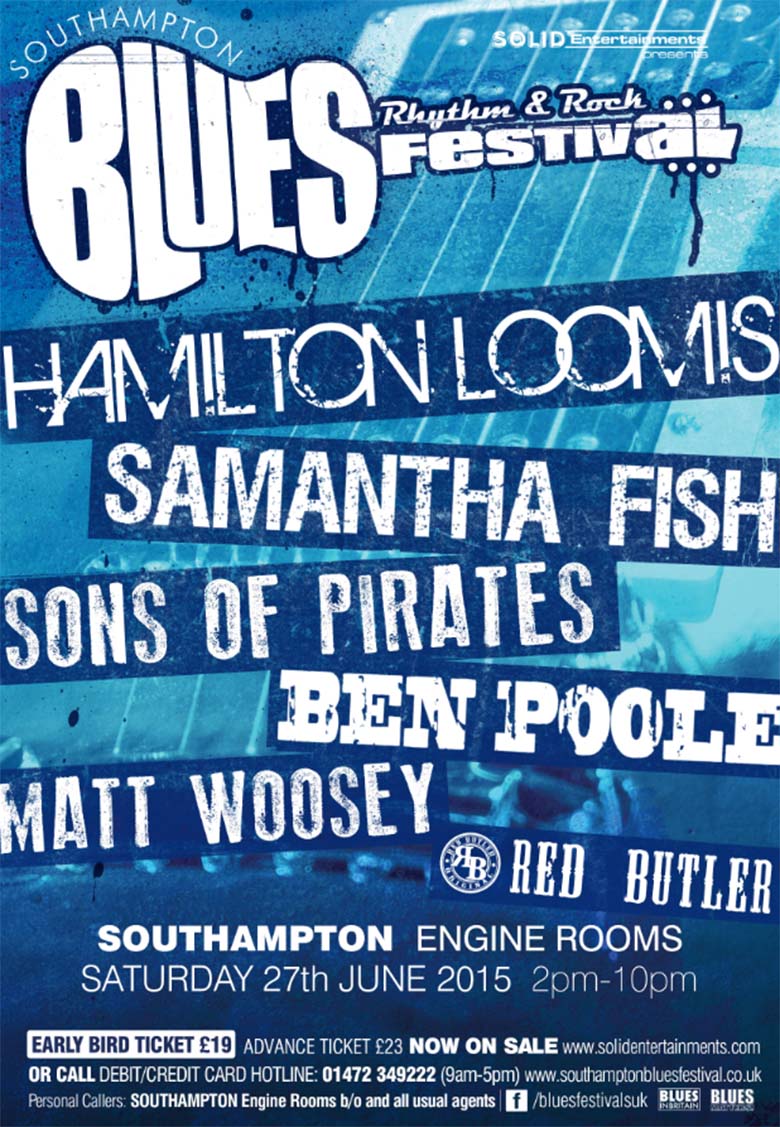 Headlining the festival is Texas native and multi-instrument talent Hamilton Loomis, whose songs span a wide range of influences that bleed into the common perception of blues to deliver something fresh and exhilarating.

Solid Entertainments says of Loomis and his music: “Music ran in his veins and, with instruments readily available around the house, he picked up drums, piano, guitar and harmonica, honing his multi-instrumental talent in addition to performing regularly as part of his family’s doo-wop group.

“Bridging the gap between generations of music-lovers and redefining blues-based American music for a contemporary audience, Hamilton created his own path and built a loyal following by blending myriad influences, clever songwriting, and an expressive voice into a sound that defies description.

“Feeling his current style, layered onto his bluesy foundation, will attract a new generation of fans, Hamilton looks forward to the appeal “Give it back” will have on today’s young listeners.”

Loomis is joined by a strong line-up of blues acts from all over the country.

The festival recommends Liftshare to anyone looking to drive to the venue, and with our free iOS and Android apps, discovering the perfect lift is even easier, and can help you save a great deal of money on travel.

To check out the line up and find out more about the festival, please visit http://www.southamptonbluesfestival.co.uk/index.html